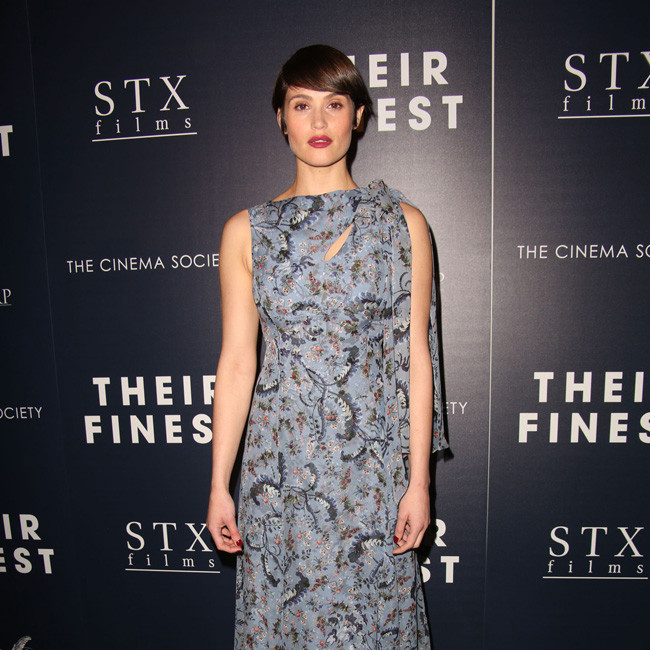 Gemma Arterton accepted a role in 'Quantum of Solace' because she was "as poor as a church mouse".

The 34-year-old actress claims she only agreed to star as Bond girl and intelligence operative, Strawberry Fields, in the 2008 movie because she wanted to pay off her student loan but Gemma now believes the Bond movies are sexist.

She told The Sun newspaper: "At the beginning of my career, I was poor as a church mouse and I was happy just to be able to work and earn a living.

"I still get criticism for accepting 'Quantum Of Solace', but I was 21, I had a student loan, and you, know, it was a Bond film.

"But as I got older I saw there was so much wrong with Bond women. Strawberry should have just said no, really, and worn flat shoes."

In 2013, Gemma set up her own production company Rebel Park in 2013, which aims to promote female talent and help secure equal pay in the film industry.

She explained: "I have my own production company which is all about giving women an opportunity in film.

"It's [the industry] getting better but it definitely isn't there yet. I struggled with that a little bit at first but I'll keep making suggestions to people.

"I look forward to getting older and wiser. My role model is my grandfather. Even in his mid-nineties he gave the impression of being in his twenties.

"He was very sharp-minded and looked like Clark Gable with his moustache and hair. He was still sexy — a really hot guy. I secretly hope I've inherited his genes."