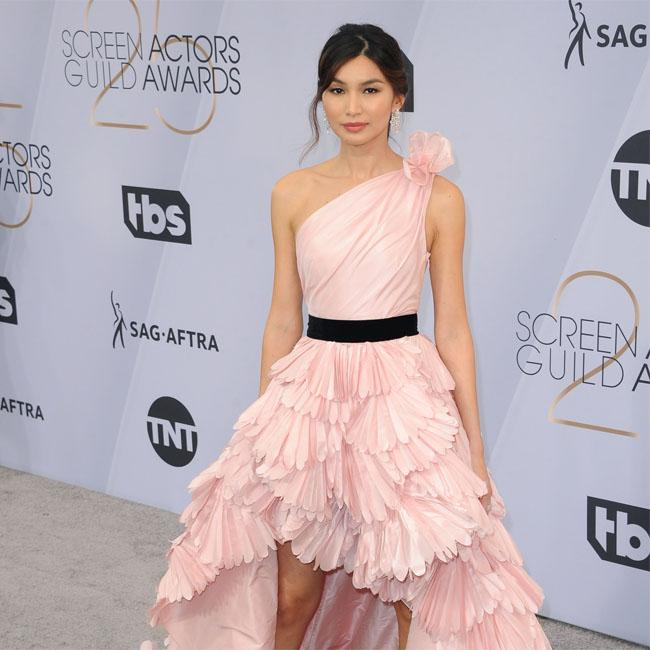 'Crazy Rich Asians' star Gemma Chan has backed screenwriter Adele Lim after she quit the franchise in a disagreement over pay.

Producers on the upcoming sequels had hired Adele Lim and

Peter Chiarelli - who co-wrote the 2018 hit comedy - to pen the two follow-ups, but Lim walked away from the movies after she was offered a fee "significantly" lower than her collaborator by Warner Bros., and after departing the project she stated that "being evaluated that way can't help but make you feel that is how they view my contributions".

Now, Chan - who played Astrid in the first film - has voiced her support a she tweeted: "[I] stand with @adeleBlim and fully support her, as I do every person fighting for pay equity.

"Pay disparity disproportionately affects women and POC and there is still a long way to go - both in the conversation and how to rectify it. We can and must do better, faster."

Malaysian writer Lim had also admitted she felt women of color are viewed as "soy sauce" and hired to work purely for cultural accuracy, rather than to have a substantial role in telling a story.

She was also backed by the film's director Jon M. Chu, who took to Twitter with a lengthy statement to address the situation as he told his followers that "you bet your ass I stand with Adele" adding that he "agrees with Adele that parity for women and people of color is crucial to the continued enlightenment of our industry".

He wrote: "As many of you can imagine negotiations are tough and more often than not messy - no matter who you are in this industry.

"But because I am close with Adele when I discovered she was unhappy with the initial offer, the producers, myself and studio executives leapt into action to ensure we got to a place of parity between the two writers at a significant number.

"It was both educational and powerful to hear all facets of the debate. Unfortunately by the time we came up with several different ways to satisfy everyone's needs, a lot of time had passed and she declined the offer."

According to reports, Lim was initially set to earn over $100,000 for her work on the sequels, whilst Chiarelli was set to earn between $800,000 and $1 million for his efforts.

Chiarelli is still writing the back-to-back sequels, which are based on Kevin Kwan's books 'China Rich Girlfriend' and 'Rich People Problems'.