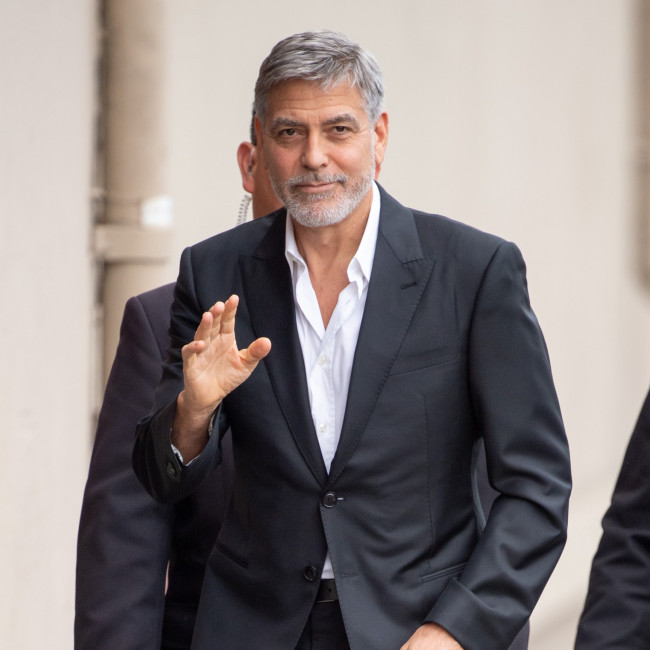 George Clooney has admitted having fellow actors direct a movie is "a terrible thing".

The Hollywood legend's latest project was helming 'The Midnight Sky' - which stars the likes of Felicity Jones, Kyle Chandler and David Oyelowo - and the Oscar-winner admitted he approached the cast members "gently" in order to not get on the wrong side of them.

The 'Ides of March' director insisted he doesn't think actors should direct other directors altogether.

He told Britain's The Independent newspaper: “I have to try to deal with it gently because it’s a wall you don’t want to cross. I’m doing something that really shouldn’t be done. I’ve had a couple of actors do it to me, and it’s a terrible thing.”

The 59-year-old screen legend's method has paid off, as the film's star David [Adewole] said: “I imagine George directs how he would like to be directed. He pre-empts the difficult things because he’s thinking about how he’d handle them as an actor. It also helps when you have a director who’s been in 'Gravity' and 'Solaris' when playing an astronaut.”

She added: “He kept good time, so we finished at a sociable hour, which is not to be underestimated.”

The upcoming Netflix movie sees Clooney as a scientist in the Arctic trying to protect a young girl while preventing a group of astronauts from returning to earth after a worldwide catastrophe.

Clooney recently revealed how the team behind the drama were inspired by older sci-fi films rather than a "sharp" and "clear" style seen over the past decade.

He also compared the movie to 'The Revenant' and 'Gravity', as he insisted the film lies somewhere between the two,

Clooney added: "It’s two different worlds; we were basically saying we were going to shoot ‘The Revenant’ and stop, and then shoot ‘Gravity'.

"We wanted to keep the idea of the horizon being different, without making everyone throw up along the way."