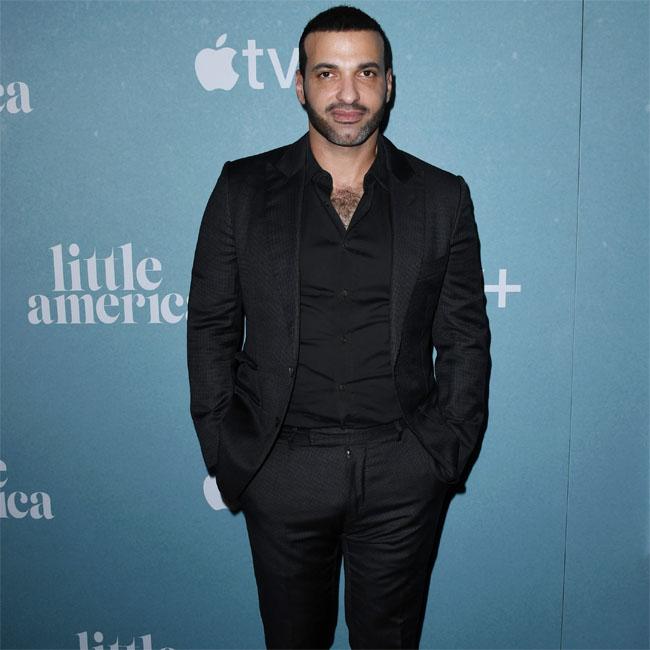 Haaz Sleiman says everyone cried on the set of 'The Eternals' after he filmed a gay kiss scene.

The upcoming blockbuster, which tells the story of a group of superheros uniting to protect Earth from their enemies, will feature the Marvel Cinematic Universe's first same-sex kiss, with two of the characters being in an openly queer relationship.

Haaz plays a supporting cast member in the movie, who is married to Brian Tyree Henry's immortal hero Phastos, and the couple have a child together.

He discussed the groundbreaking move by Marvel producers in an interview with NewNowNext, and noted he wants audiences to understand his character's "beautiful and loving" relationship with the first-ever gay superhero.

The 43-year-old actor explained: "It's a beautiful, very moving kiss. Everyone cried on set. For me, it's very important to show how loving and beautiful a queer family can be.

"Brian Tyree Henry is such a tremendous actor and brought so much beauty into this part, and at one point I saw a child in his eyes, and I think it's important for the world to be reminded that we, in the queer community, were all children at one point.

"We forget that because we're always depicted as sexual or rebellious; we forget to connect on that human part."

'The Eternals', which takes place after the devastating events of last year's 'Avengers: Endgame', will see the immortal beings uniting to defend the Earth from the Deviants.