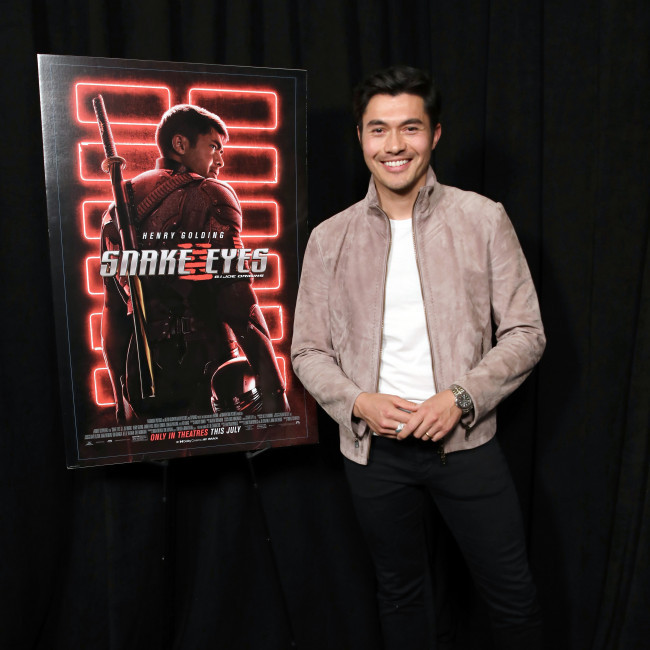 The 34-year-old actor - who shot to fame in 'Crazy Rich Asians' and has appeared in movies including 'A Simple Favor', 'Last Christmas' and 'The Gentleman', along with 'Snake Eyes: G.I. Joe Origins', admitted trying to find his place in the movie industry has been tough.

He told Inverse.com: "I’m always the outsider. I feel like an outsider now. I wasn’t Asian enough for 'Crazy Rich Asians'. I’m not white enough for 'Snake Eyes'. People can say what they want and have a minuscule view of the world. But we are global.”

And Golding said he can relate to Chinese-Canadian actor Simu Liu, who faced opposition after landing the leading role in Marvel’s 'Shang-Chi'.

He explained: "It’s rubbish. We’re playing characters. Not their background. It’s bonkers we’re still having those conversations when we’re fighting for something so much bigger. It’s toxic.

"We should be uplifting each other and rooting for the success of everyone. Not just a few because they’ve been lucky to be brought up in a certain location.

"That’s something I had to grapple with being mixed race. Yeah, I’m half white. I’m half-Asian. I’m never gonna be enough of anything. So I’m going to be who I am. I’m going to lead a movie the best way I can."

And Golding insists that for the most part, race shouldn't matter when it comes to casting.

He said: “It starts with the directors, in the writer’s room. It starts from conception, creating stories and characters anybody can play. Is it so important that your character has to be a particular race? But if it’s [the character’s] actions that drive the story, then anyone can play it. Anyone should play it. If you’re not serving justice to the page, then what’s the point?"