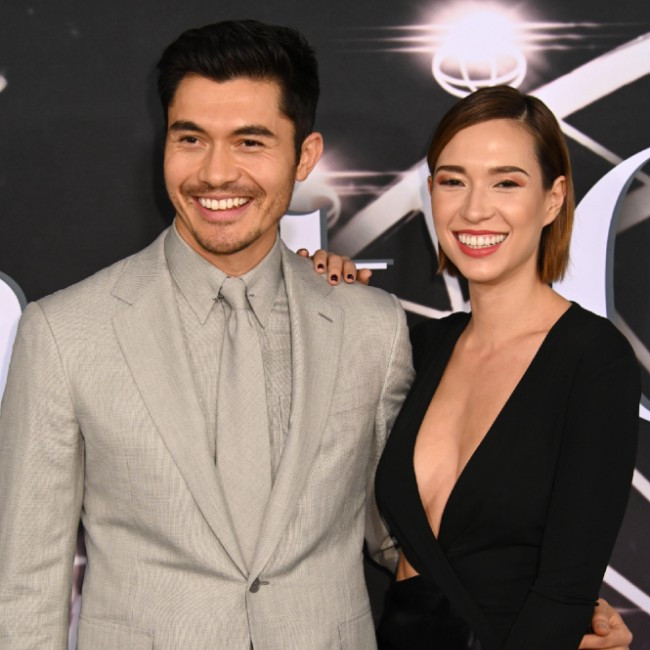 The 33-year-old actor – who is married to Liv Lo – admitted he could have been in “worse positions” than to have such a hunky co-star in the film and their chemistry felt natural, so he wasn’t worried about having to get intimate with another man, and nor was his spouse.

He said: “A lot of people were like 'Are you worried about having love scenes with a man on set?' I was like 'No!'

"I come from an understanding that love is love... it doesn't matter if you're Black, Latino, gay, straight, bi, it's that feeling of yearning and that return of that.

“When I was talking to Hong [Khaou, director]in LA, he already had Parker in mind for the role and so I Googled his name and his image and was like, ‘Damn, he’s handsome, he’s tall, he works out, I could be in worse positions!'.

“We hit it off. Parker is such a lovely guy. It felt so natural and Hong created a really safe environment on set and that’s what you hope for as an actor on any production.

“I think my wife was more excited about Parker than I was – trust me, she was loving it!”

Henry is aware of the “sensitivity” surrounding straight actors portraying LGBTQ roles on screen but he felt he could justify his role as Kit in the film because the character’s sexuality wasn’t the focus of the story.

He explained to Attitude magazine: “We live in times where it is a sensitive topic to have a straight actor playing a gay role. From my point of view, with this particular role, it was the fact that his journey wasn’t hinged on the fact he is gay.

“It's almost like, yes, he's a young gay man, but the bigger issue is who he is as a person.

“I feel as though when it comes to important historical figures, characters that are defined by being from the community, you really need to take a moment to think, this is important for the LGBTQ community to be a part of.

"The question has to be asked of me: why did you even consider this role? This should be the case. It can’t go unquestioned because there lies a problem in itself. You need to hold people responsible for their decisions.

"They’re conversations that need to be had. You can’t turn a blind eye, you need to keep people in check, that’s the most important thing."