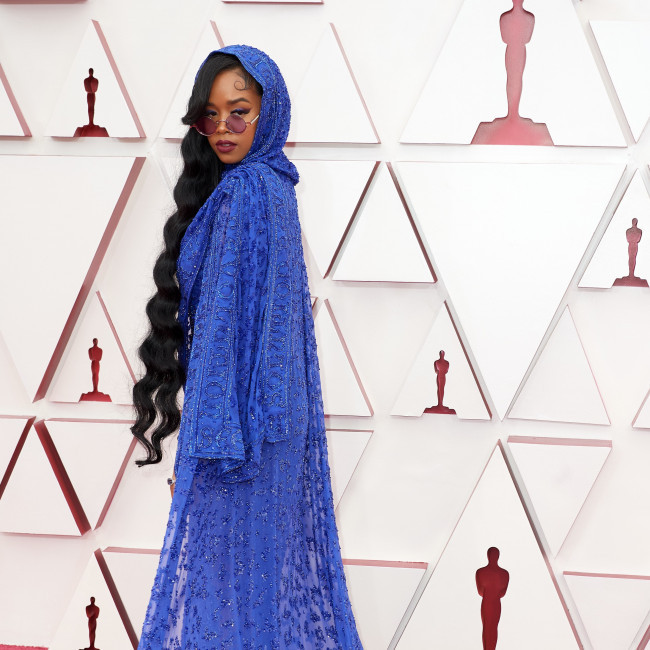 H.E.R. to make movie debut in The Color Purple

H.E.R. has landed her first movie role in the adaptation of 'The Color Purple'.

The 24-year-old star is attached to star in Blitz Bazawule's forthcoming adaptation of the Broadway musical based on Steven Spielberg's Oscar-nominated 1985 movie.

H.E.R. will join Corey Hawkins in the new project and will play the part of Squeak, who goes from a juke joint waitress to an aspiring singer in the musical, and was portrayed by Rae Dawn Chong in the original film.

The film will be directed by Bazawule, who is known for his work on Beyonce's 'Black is King', from a screenplay written by Marcus Gardley.

Spielberg and Oprah Winfrey - who made her feature acting debut in the original flick - will serve as producer on the movie, which is set to be released in 2023.

The story centres on the lives of African American families and relationships in Georgia during the early 20th century. The musical features jazz, ragtime, gospel, blues and African rhythms.

H.E.R. has already won an Oscar for Best Original Song for the tune 'Fight For You', which featured in the movie 'Judas and the Black Messiah'.

The star has previously expressed her dream to become both a top musician and leading actress.

H.E.R. told Variety: "There is so much I want to do. People don't really get to see my comedic and fun side, except for when I'm impersonating my aunt.

"But I definitely want to do a lot more voice-overs, and comedy, but also some serious roles.