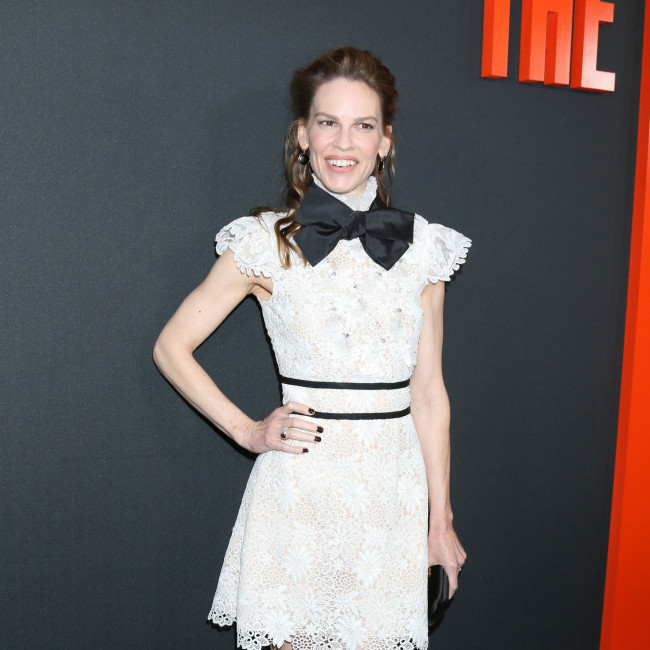 Hilary Swank and Olivia Cooke to feature in Mother's Milk

The trio have been tapped to feature in the opioid-themed thriller that has recently wrapped production in New York.

The movie has been directed by Miles Joris-Peyrafitte and she has penned the script with Madison Harrison. Additional cast members include Hopper Penn, Norm Lewis and Karen Aldridge.

'Mother's Milk' tells the story of a journalist who, following the murder of her estranged son, forms an unlikely alliance with his pregnant girlfriend to track down those responsible for his death.

Together, the pair confront a world of drugs and corruption in the underbelly of upstate New York and discover an even darker secret.

Joris-Peyrafitte said in a statement: "Getting this film made has been a personal dream of mine for six years and assembling a stellar cast like this is more than I ever could have hoped for.

"I'm so excited to bring this story to life with them and my team of amazing producers."

Swank has several projects on the horizon as she is starring in the drama series 'Alaska' and recently wrapped production on 'Ordinary Angels'.

Olivia is also set to star in the horror thriller 'Breeders'.

The 28-year-old actress has been cast in the Lionsgate project that will mark the feature directorial debut of Kelsey Bollig.

'Don't Look Up' filmmaker Adam McKay came up with the idea for the movie with scriptwriter Brian Steele and is producing the flick for his Hyperobject Industries banner together with the company's Todd Schulman.

Plot details are being kept under wraps but one source suggests that the film is similar in tone to the movie 'Fresh', the dating gone wrong thriller that starred Daisy Edgar-Jones and Sebastian Stan and was released earlier this year.