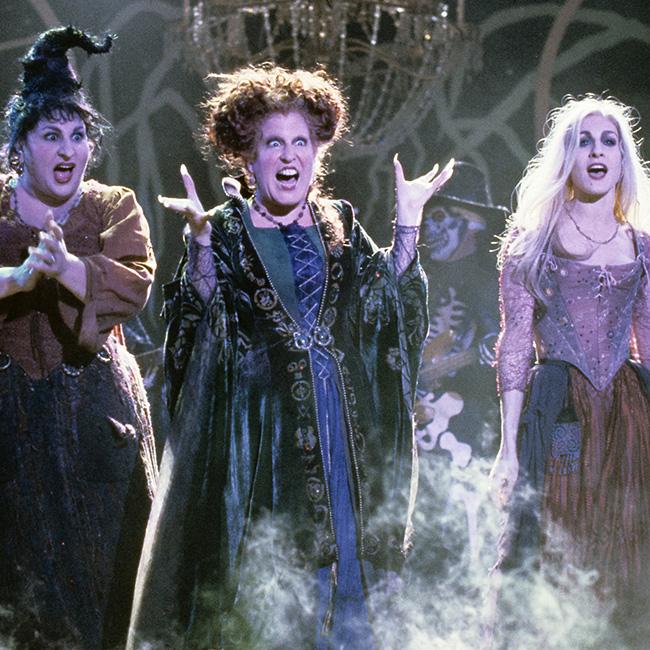 'Hocus Pocus' writer Mick Garris has hinted that the film's original cast will return for the sequel.

Mick penned the script for the 1993 movie, which starred Bette Milder, Sarah Jessica Parker and Kathy Najimy as the Sanderson sisters - a trio of witches - and is confident that they will reprise their roles for the Disney+ follow-up, which is being directed by Adam Shankman.

Garris told Comicbook.com: "I'm excited about it, but I really think the main reason the movie worked was the Sanderson sisters, those actresses in those roles, those performances, that I think is key to that movie's long life.

"It was only modestly successful when it came out, at best. And I think they are the reasons that it's still around since it came out in 1993. And I would love to see them return in it. I think that's the plan, but I don't know."

Mick also explained that he will not be involved in the sequel, despite his insistence that the original stars will return.

He said: "I heard that that is what's happening, and I believe it's going to be for Disney+, but I'm not involved in it, which is fine. You don't always want to revisit all of the touchstones of your past."

Bette, who played the role of Winifred Sanderson in Kenny Ortega's cult classic, previously revealed that she would love to make a sequel.

When asked about the possibility of 'Hocus Pocus 2', the 74-year-old actress said: "Oh my goodness me. Oh I hope they get to me before I'm a corpse.

"We wanna fly again. I hope Disney+ is a big success and I hope we get to do it, because [Winifred] is of course one of my favourite characters."

Sarah - who played Sarah Sanderson - also revealed that she and her cast mates would be keen on reprising their roles.

The 'Sex and the City' star said: "I think that it is something Bette Midler, Kathy Najimy and I are all very hospitable to the idea.

"We've agreed publicly to the right people, yes, that would be a very, very fun idea, so we'll see what the future holds."