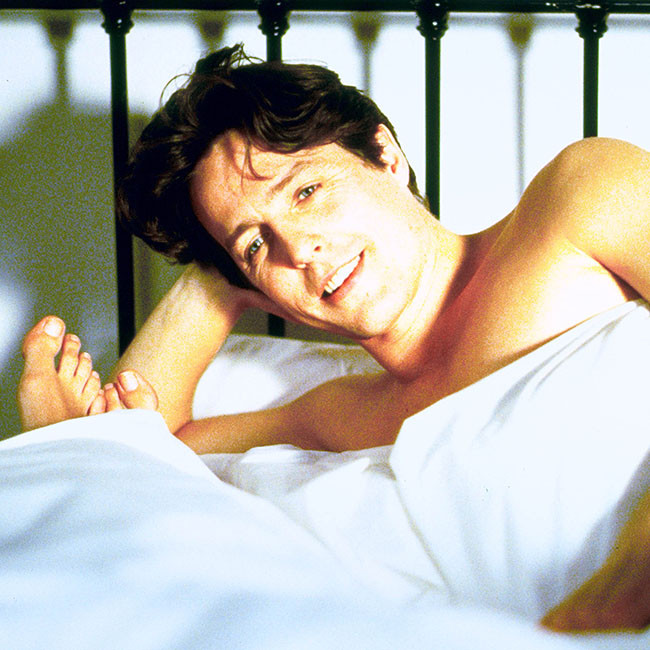 Hugh Grant would only do a sequel to 'Notting Hill' to prove that rom-coms are "a lie" and there is no "happy ending".

The couple go on to get married and start a family, but the 'Bridget Jones's Diary' star has warned fans that he would only agree to do a sequel to one of the many rom-coms he's starred in, if misery ensues and things go badly wrong in the relationship.

In a Q&A with HBO to promote his new series, 'The Undoing', with Nicole Kidman, he said: "I would like to do a sequel to one of my own romantic comedies that shows what happened after those films ended.

"Really, to prove the terrible lie that they all were, that it was a happy ending."

On his idea for 'Notting Hill', he added: "I'd like to do me and Julia and the hideous divorce that's ensued with really expensive lawyers, children involved in [a] tug of love, floods of tears. Psychologically scarred forever. I'd love to do that film."

Meanwhile, the 'Paddington' star previously admitted he's clueless as to why 'Love Actually' is still so popular.

Hugh played the role of British Prime Minister David in the 2003 festive rom-com, which is still a staple viewing every year for many at Christmastime.

However, he has no idea why it's still so adored.

He admitted: "I don't know why 'Love Actually' is still so popular. Everyone watches it at Christmas, which is nice ... Do I remember anything from filming? I mean, there was the horror of that scene where I had to dance around...

I suspect that was the most excruciating scene ever committed. It wasn't easy for an Englishman in his 40s to do at 7 in the morning, stone-cold sober."