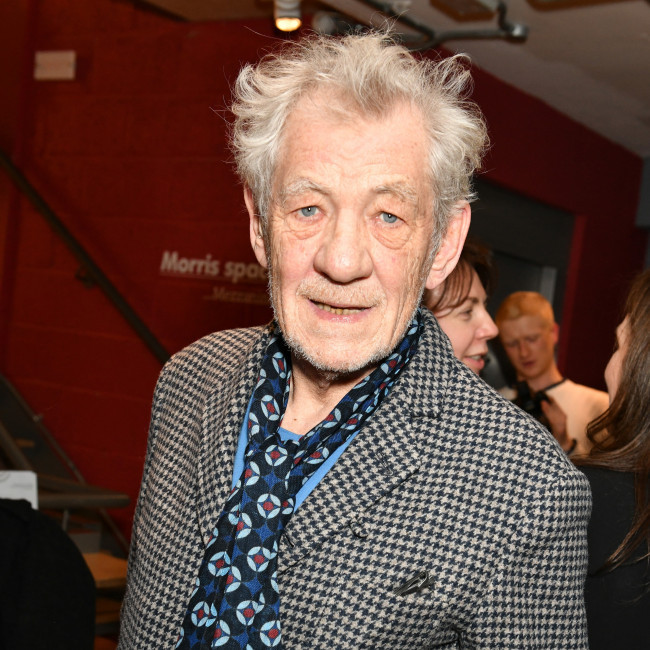 Ian McKellen cast in The Critic

Sir Ian McKellen has joined the cast of 'The Critic'.

The 83-year-old actor will play feared but respected theatre critic Jimmy Erskine in the upcoming thriller with Gemma Arterton and Mark Strong also set to star in the movie.

As reported by Deadline, Arterton will play actress Nina Land, who is looking to win Erskine's favour, which sees her embroiled in a mystery involving blackmail, murder and more.

Strong's character is the new owner of the critic's newspaper, and the pair find themselves at odds with each other.

The supporting cast will include the likes of Lesley Manville, Romola Garai, Ben barnes and Alfred Enoch.

The movie is based in Anthony Quinn's 2015 novel 'Curtain Call', with a story set in London's theatre world back in 1934.

'Leap Year' filmmaker Anand Tucker - who hasn't directed a feature film since the 2010 romantic comedy - will be at the helm, while 'Notes on a Scandal' writer Patrick Marber has adapted the novel for the big screen.

The movie is being produced by Jolyon Symonds and Bill Kenwright, with executive producers including Tucker, Marber, David Gilbery, Mark Gordon, Tom Butterfield and Harry Whhite.

It's said production for the film is already underway in London.

Meanwhile, McKellen previously admitted he still feels like he's "about 12" at heart.

He said: "When I was young I was always playing old parts. And, of course, I was having to imagine it.

"Because what does ‘old’ mean? I had no idea! Now that I’m old I do know. And I also know what it’s like to be young. Because as you get older, inside, you’re ageless. Inside? Quite honestly? I feel about 12.”

The 'Lord of the Rings' star turned 83 last month but back in 2021 he insisted actors already get so much attention that he doesn't need his own special day every year.

He added: "Actors don’t need this special attention, I’ve realised. We get cards and presents on first nights. Everyone makes a fuss of us. Birthdays are wonderful things for people who don’t get treated as special all year round.”