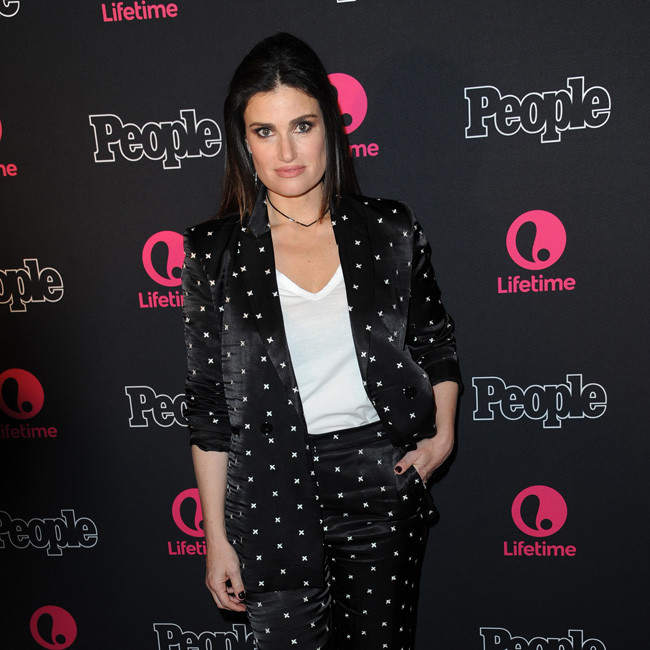 Idina Menzel says Amy Adams sings her "butt off" in the 'Enchanted sequel.

The 'Frozen' star was thrilled to get a singing part as well as acting in the follow-up to the 2007 Disney fairytale, which sees her return as Nancy Tremaine, a fashion designer and ex-lover of Patrick Dempsey's character, Robert Philip.

She told People: "They gave me songs.

"They gave me music to sing, which I didn’t have in the first one, which was fine actually, everyone else made a big deal about it.

“I was happy to be hired as just an actress, but now I’m really excited because these songs, Stephen Schwartz and Alan Menken wrote, the songs are incredible."

Amy is reprising her part as Princess Giselle and Idina teased that fans can expect to hear some impressive vocals from the 'Nocturnal Animals' actress, while Patrick shows off his singing chops and tap dancing in the "joyful" movie called 'Disenchanted'.

She continued: “But there’s so much music, and Amy singing her butt off, and it’s just Patrick singing and tap dancing. It’s really glorious and joyful and people are going to love it.”

The flick - which premieres on Disney Plus in 2022 - is helmed by Adam Shankman, who previously revealed there would be "more singing and dancing" in the sequel.

Back in 2018, he said: "As planned right now, there's more singing and dancing than there was in the first one, and it's all original music, with Alan Menken and Stephen Schwartz coming back to do it."

Production recently wrapped on the film.

The plot is as follows: “Disenchanted” features the much-anticipated return of Giselle, the princess from the fairy tale world of Andalasia banished to Manhattan who found her real Princess Charming in divorce lawyer Robert Philip. 15 years later, Giselle moves to the suburb of Monroeville with Robert and their teenage daughter Morgan, where she must juggle the challenges that come with a new home and discover what happily ever after truly means to her and her new family."