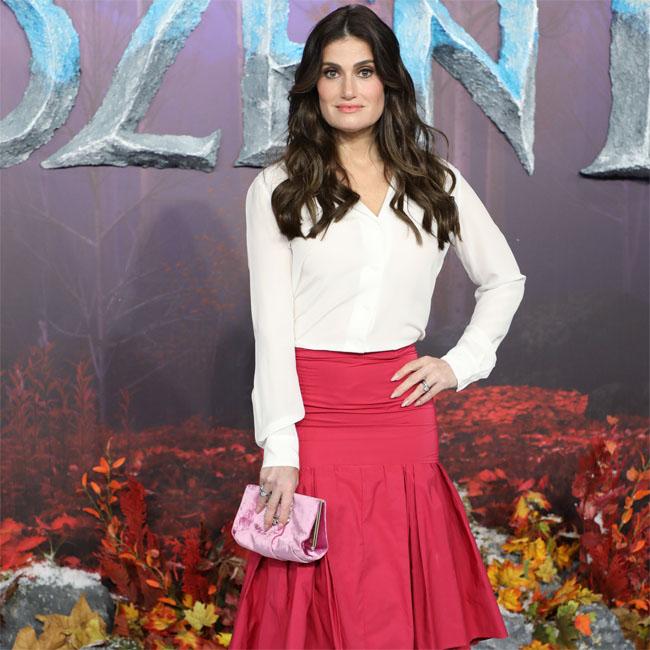 The actress - who voices 'Elsa' in the Disney franchise - has said she would love to lend her voice to the princess in a potential third movie.

When asked during the 'Frozen 2' European premiere in London whether she would make a third film, Idina exclusively told BANG Showbiz: "Of course."

Idina, 48, was joined at the premiere by co-star Jonathan Groff - who plays Kristoff - as well as Lily Allen, Holly Willoughby and Stacey Solomon.

And the star believes the 'Frozen' franchise has "matured" along with its audience, as this film has been released six years after the original.

Idina said: "The movies matured with our audience, we hope. In the first movie, Elsa was really afraid of her powers, she was afraid she was gonna endanger the people she loves with her magic, and in this movie she's come into her own and she's starting to really like it and celebrate it, and own it."

The 'Ralph Breaks the Internet' star also opened up about the plot and the relationship her character has with her sister Anna, played by Kristen Bell.

She said: "There's the fierce loyalty between the sisters. Elsa is hearing this voice that's antagonising her and she doesn't understand why she's hearing it, it's just some kind of calling, and she knows she has to go after it and it's gonna unveil some secrets to her past and what her purpose is in life. So her and her sister go on this journey to figure it out."

'Let It Go' was a popular song featured in the first film but Idina admits that 'Frozen 2' did not set out to replicate the Oscar-winning song.

She explained: "The music is so beautiful in this film, and (Robert and Kristen) Lopez who write all the music, they didn't set out to write another 'Let It Go'. They really tried to write a great song for the story and the scene and the development of the character.

"That's where they come from first and that's where the emotional payoff is. I think these songs are as beautiful, if not, more."