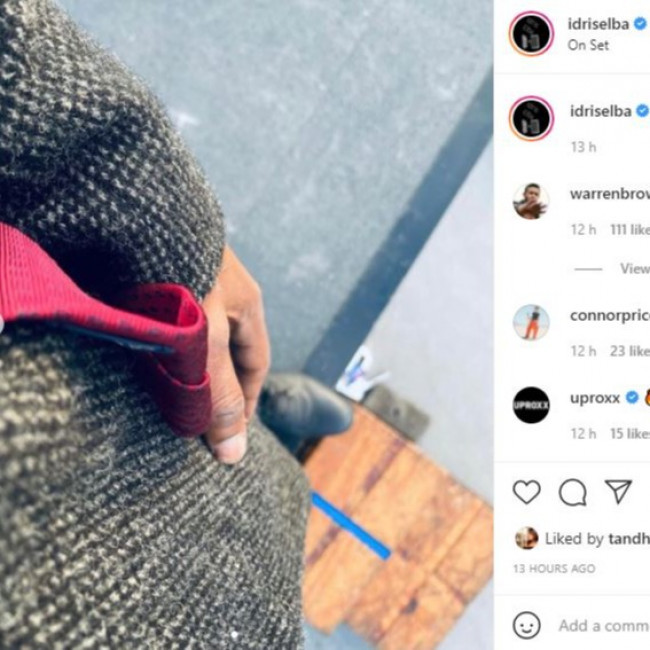 Idris Elba has confirmed his 'Luther' movie has started shooting.

The 49-year-old star took to Instagram to reveal he has reprised his role as DCI John Luther - who he played in five seasons in the BBC TV series - and filming has begun for the upcoming Netflix movie.

He also shared two behind-the-scenes pictures from the movie's set - one of himself wearing Luther's wool coat, and a tie.

And he also shared a snap of a clapperboard dated October 27th.

He said: "'Luther' - we have an incredible appetite to satisfy the audience that love Luther in its current form as a TV show, but also bring it into a new sphere with the film version.

"I don't wanna be controversial, but people imagine me as Bond, and that's great, but I can't wait to see them, as Luther, in this movie. Really, our ambition is to take it there."

Last month, Elba admitted he decided to bring 'Luther' to the big screen in response to speculation that he could be the next Bond.

He said: "The writer, Neil Cross, and I had this ambition about four years ago and it really came from those Bond rumours, with everyone wanting to see me in a film in the central position like that.

"That's where Neil and I sat down and looked at 'Luther' and thought, 'That could be a sick film if we could make that happen.' "

The star previously suggested that he could take Luther abroad for his big-screen bow.

He said: "'Luther' has all the ingredients to echo those classic films of the 90s like 'Seven' and 'Along Came A Spider'.

"I think what we'd like to attempt is use that as a blueprint to create it. It will be more murder, more Volvos, more frowning Luther.