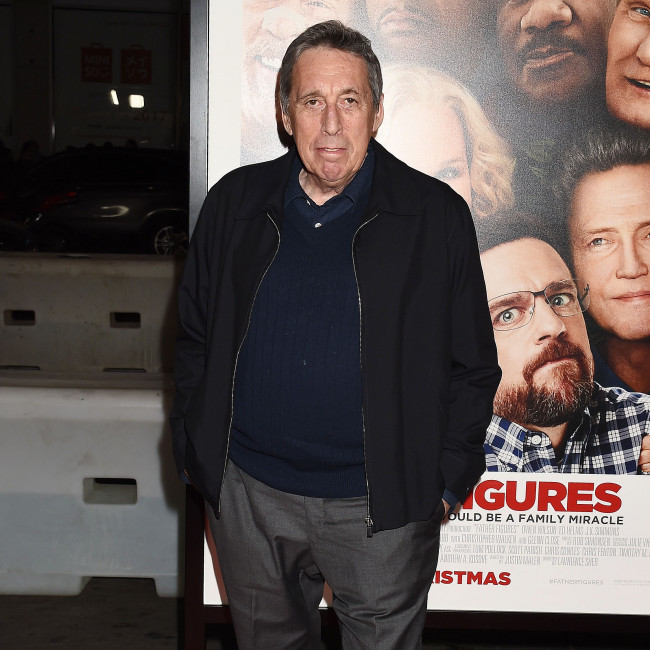 The 'Ghostbusters' filmmaker passed away peacefully in his sleep at his home in California on Saturday (12.02.22) at the age of 75, his family have confirmed.

His three children, Jason, Catherine and Caroline Reitman said in a joint statement: "Our family is grieving the unexpected loss of a husband, father and grandfather who taught us to always seek the magic in life.

"We take comfort that his work as a filmmaker brought laughter and happiness to countless others around the world. While we mourn privately, we hope those who knew him through his films will remember him always."

Ivan - who is also survived by wife Genevieve - was born in Komarmo, Czechslovakia and moved with his parents, who were Hungarian Jews, to Canada as refugees when he was four years old.

He landed his big break in Hollywood when he produced 'National Lampoon's Animal House' in 1978 and went on to direct comedies 'Meatballs' and 'Stripes'.

Ivan was nominated for two Oscars for producing and directing 'Ghostbusters' in 1984, a movie which grossed almost $300 million worldwide and generated various spin-offs, including last year's 'Ghostbusters: Afterlife', which was directed by his son, Jason.

He said in a statement to Deadline: "Tonight, the lady with the torch weeps, as do all of us at Columbia, and film lovers around the world.

“Ivan Reitman was an inseparable part of this studio’s legacy, but more than that he was a friend. A great talent and an even finer man; he will be dearly missed. We send his family all our condolences.”

Paul Feig, who directed the 2016 female 'Ghostbusters' reboot was "in shock" at the news.

He tweeted: "I’m in absolute shock. I had the honor of working so closely with Ivan and it was always such a learning experience. He directed some of my favorite comedies of all time. All of us in comedy owe him so very much. Thank you for everything, Ivan. Truly(sic)"