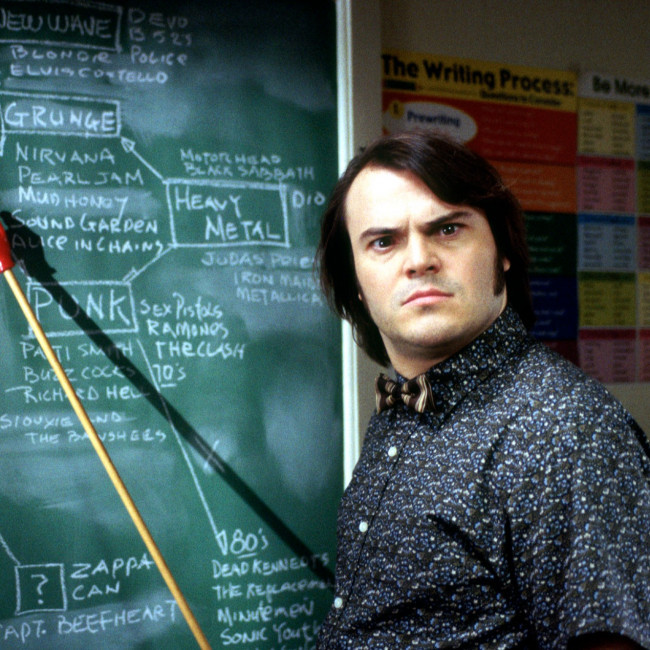 Jack Black being named a comedy genius by MTV

Jack Black is getting the Comedic Genius award at the 2022 MTV Movie and TV Awards.

Hosted by Vanessa Hudgens, the ceremony will honour the actor, comedian and musician when it airs live on Sunday June 5.

It comes in recognition of Black, 52, forming the band Tenacious D with Kyle Gass in 1994, before going on to carve out a global acting career.

His best-known roles include parts in 2000 film ‘High Fidelity’ alongside John Cusack, 2003’s ‘School Of Rock’ and more recently in the ‘Jumanji’ franchise.

He has also voiced lead character Po in the ‘Kung Fu Panda’ films.

Black’s upcoming roles include film adaptations of games and he is due to provide the voice of Bowser in an untitled ‘Super Mario’ film alongside Chris Pratt.

The actor has also been cast to play Claptrap in a ‘Borderlands’ film.

In 2018, Black started a YouTube channel titled ‘Jablinski Games’ which he said was dedicated to “games, food and life”.

Past recipients of the award include 2021 winner Sacha Baron Cohen, as well as Melissa McCarthy, Kevin Hart and Will Ferrell.

Tenacious D last year announced a US tour scheduled for summer 2022. The band will perform in Colorado, Oregon, San Diego, Palo Alto and more from June 16-26.

Black said the group is working on a new album set to be released in 2024 and hailed it as “a very big idea that we’ve been working on for years”.