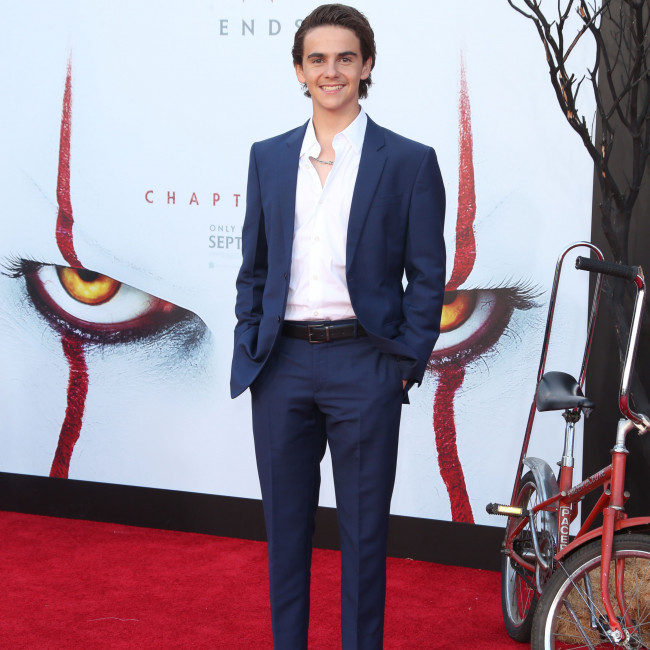 Jack Dylan Grazer grateful for 'redemption shot' on Shazam! Fury of the Gods

Jack Dylan Grazer has described 'Shazam! Fury of the Gods' as a "shot at redemption".

The 17-year-old actor will reprise his role as Freddy Freeman in the DC Extended Universe (DCEU) sequel and is grateful to have the opportunity to put in an even better performance than in the original 2019 film.

Jack told CinemaBlend.com: "It's so much fun (to come back to play Freddy). When I walked out of the premiere for the first ('Shazam!') at the Grauman's Chinese Theatre, I was like, 'Ahhh, I wanna play Freddy again so bad.'"

He believes that he can play the role "so much better" this time around and says he had a "blast" playing Freddy.

Jack shared: "I can do it so much better this time. I swear to God, I can do it way better.

"And now this is like my shot at redemption – and I think I did good in the first one, but playing Freddy is so much fun and funny. He's a blast and I love him."

The 'It' star recently suggested that the sequel is "getting away with a lot more" than its predecessor as he heaped praise on the script and the cast assembled for the movie – which includes Zachary Levi, Dame Helen Mirren and Lucy Liu.

Jack said: "It's a great cast. We got Helen Mirren, we got Lucy Liu, we got the new up-and-coming star Rachel Zegler from Steven Spielberg's 'West Side Story'.

"The script is hilarious. It's funnier than the first one, I'd have to say. We're getting away with a lot more this time. It's action-packed and it's got twists and turns and it's super-duper fun.

"The costume is different, no hood. And the shoes kind of look like Iron Man's shoes. Oh, wait, no. Iron Man doesn't exist. Who's Iron Man?"