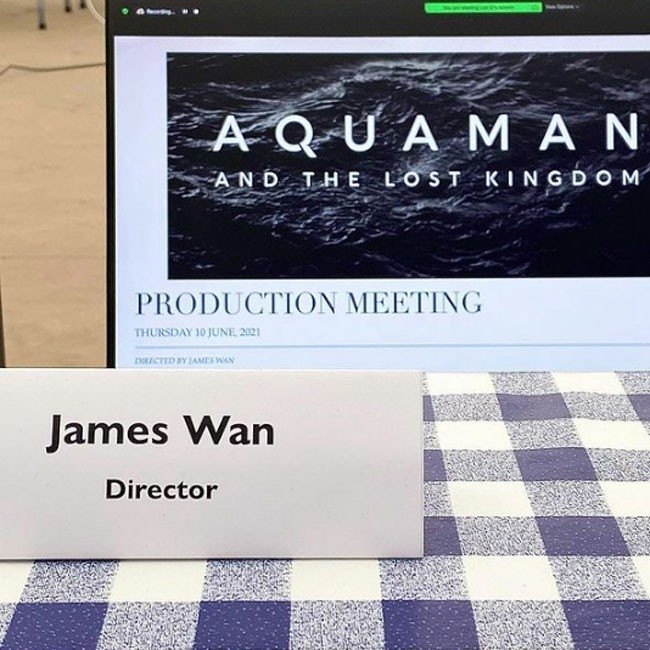 James Wan has revealed the title for the 'Aquaman' sequel.

The 44-year-old filmmaker took to Instagram to reveal that he was in a production meeting for 'Aquaman and the Last Kingdom'.

He captioned the snap from the meeting: "The tide is rising."

The movie is scheduled for release in December 2022 and sees Jason Momoa reprise his role as the title character with Amber Heard, Patrick Wilson and Yahya Abdul-Mateen II.

James previously said that the flick will be "more serious" and "a little bit more relevant to the world we're living in today" than the previous movie.

He added that the DC Extended Universe (DCEU) will pay homage to his love of horror with some frightening moments but plans to save the big scares for spin-off 'The Trench'.

James said: "Just like the first movie had a touch of my horror sensibility in it, in regards to the 'Trench' sequence, I would say there will be a little bit of that in this next one.

"I think it's something that's a big part of who I am, and it just naturally comes out in these kinds of films.

"My love for the horror genre means that I just latch myself to these scenes and try to kind of give them a little bit more of my 'scary sauce' on them."