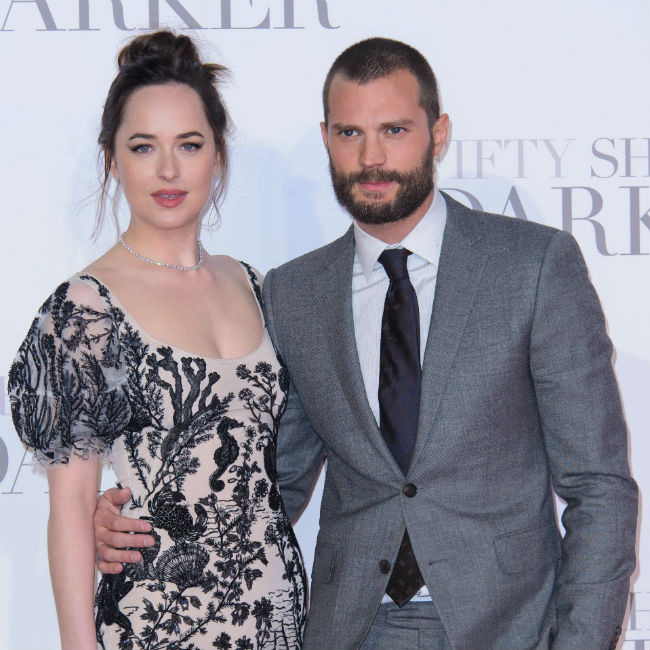 Jamie Dornan: Fifty Shades critics were difficult to deal with

He explained: “There’s nothing like ‘Fifty Shades’ in terms of, it was based on books and we were staying very close to these books. These books were loved by fandom. Really loved, obsessively loved and despised by every critic.

“You know that you’re going to have these movies that are for the fans, that the fans are going to love, that are gonna make a ton of money.

“But you know that the critics will be just, you know, licking their lips and that’s exactly what happened. And we knew that was going to happen, so you’re watching that play out and at times that’s f****** difficult.”

However, the 39-year-old actor - who starred alongside Dakota Johnson, 32, as the female protagonist Anastasia Steele - doesn't "regret" signing up for the blockbuster movies.

The 'Wild Mountain Thyme' star added to British GQ magazine: “The thing is every move I have made in my career, post those films, I have only been able to do because of those films.

“Because all of the stuff, like ‘Belfast’, ‘Beyond Private’ or any like well-received more independent stuff I’ve done the last five or six years, they’re only budgeting, they’re only paying for those films to be made off my name because I’m in a franchise that made 1.4 billion dollars. That’s how that works. It’s all part of it, it’s given me so much, so of course I don’t regret it.”