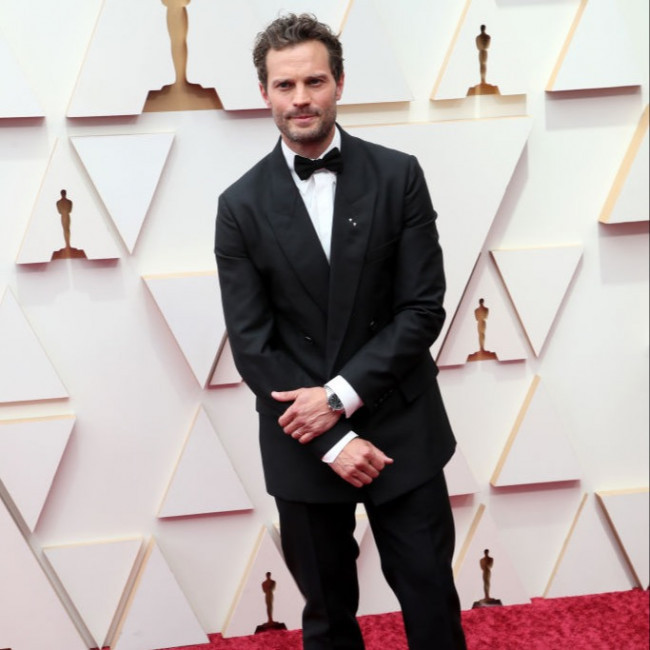 The 40-year-old actor has seen his friends from the early days of his career, including Robert Pattinson, Andrew Garfield, and Charlie Cox – who have played Batman, Spider-Man and Daredevil respectively - all star in comic book movies, and he'd love to join them in the genre.

He said: "I’d definitely be interested though you don’t hear a lot of good things about the comfort of those suits.

“Its weird how all the American superheroes are British. Back then we were all young actors from the other side of the pond, trying to make it in LA.

“We were always going up for the same jobs and none of us getting them.

“For a while it looked like it wasn’t going to work out but we all came out of it OK. So far…”

Jamie dismissed speculation he regrets making the ‘Fifty Shades of Grey’ movies because there’s been no damaging effect on his career.

He said: “I wouldn’t have much reason to regret those films.

“If I was talking to you now from a bedsit having not worked in seven years, it would be a different story. But I’m not.”

Meanwhile, the ‘Tourist’ star is open to starring in a musical if that’s where his career path takes him.

He told Radio Times magazine: “I did four jobs in a row that I sang in – that’s plenty, although I do king of enjoy it.

“I was actually meant to do a musical a couple of years ago but schedule-wise we couldn’t make it happen.

“I love the variety of this job and so far I’ve been able to enter a lot of different worlds – so if that means ending up in a musical, then so be it.”