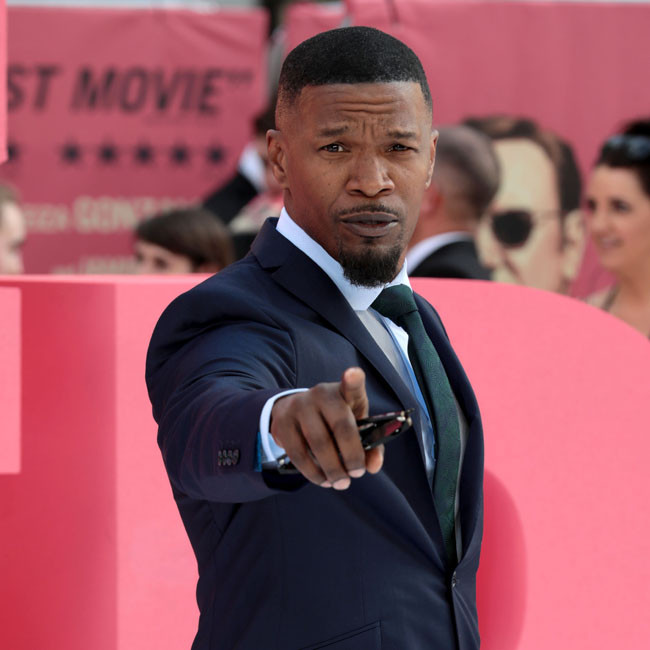 Jamie Foxx to play a vampire hunter in Day Shift

Jamie Foxx is set to play a vampire hunter in the Netflix movie 'Day Shift'.

The award-winning star has been added to the cast of the JJ Perry-directed movie, with Jamie set to star as a hard-working, blue-collar dad seeking to provide a good life for his eight-year-old daughter.

But while Jamie's character initially appears to be making his living by cleaning swimming pools, his main income actually comes from hunting and killing vampires, Collider reports.

The upcoming movie has been written by Tyler Tice and will air on Netflix in 2021.

Chad Stahelski and Jason Spitz will produce for 87Eleven Entertainment, with Shaun Redick and Yvette Yates Redick also serving as producers on the project.

Speaking about the movie, Shaun explained: "'Day Shift' is a pulse-pounding thrill ride with action, danger and grounded comedy mixed with a deep mythology - the key ingredients for the absolute best time you can have watching a movie. We couldn’t be more excited about producing this at Netflix with Jamie Foxx starring."

Chad is also looking forward to making the film.

The producer shared: "I’ve known and worked with JJ for a long time. His unique vision of 'Day Shift' makes it such a great first directorial project for him."

Jamie, 52, has already worked on a number of Netflix projects, including starring in 'Project Power' and 'They Cloned Tyrone'.