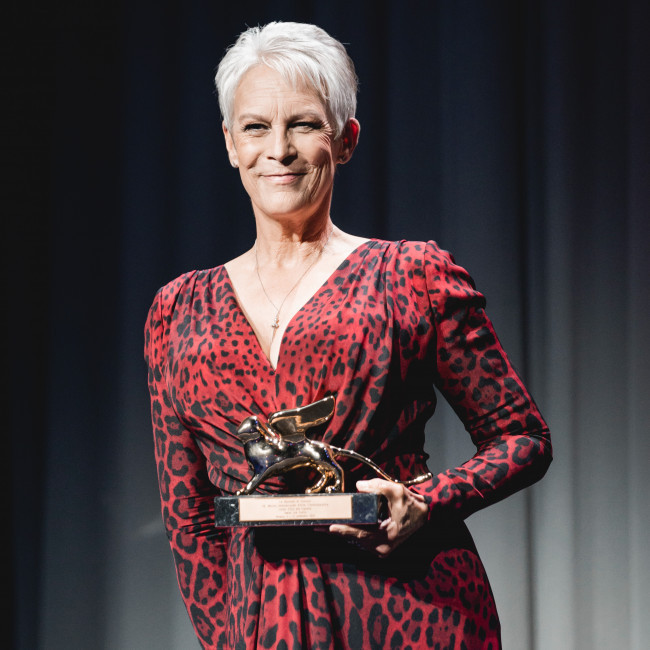 The 62-year-old star reprises the role of Laurie Strode in the latest movie in the slasher series and believes that the new horror film – the middle part of a trilogy - showcases the genre at its best.

Jamie told the Metro newspaper: "It is opera. It is gruesome, it is really violent, it is beautiful and brutal and prescient and telling.

"The first 'Halloween' movie focused on female trauma – that oppression that woke up with the MeToo movement. This one explores mob violence – the rage and disappointment that so many people feel, particularly in America. We tap into that in a really crazy, beautiful, dark way. This film is extraordinary."

Jamie became known as a scream queen for her roles in other horror flicks 'Prom Night' and 'Terror Train' and praised the Venice Film Festival, where 'Halloween Kills' had its premiere, for giving a chance to horror movies.

She said: "I think the horror genre has been culled from the herd. When I was first coming up, we called them B-movies and they were dismissed as being not very good.

"But the Italian audience, the critics, their cinema community and the Venice Film Festival have always supported that genre."

Jamie was honoured with a lifetime achievement award at the festival but admits there is plenty that she still hopes to accomplish.

She said: "It does seem weird to me because I have so much I still want to do, fingers crossed – back off, Covid!