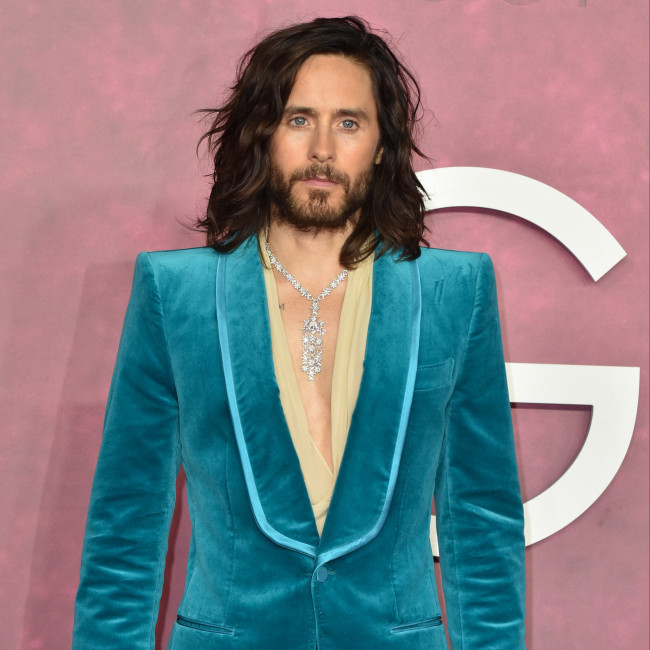 The 'Morbius' actor – who describes himself as "a bit of a snob when it comes to film" – admits that he is concerned about the industry's reliance on superhero blockbusters, particularly amid the pandemic.

Jared told Variety: "If it wasn't for Marvel films, I don't even know if theatres would exist. It doesn't seem like there's room for everyone, and that starts to become a little heartbreaking."

Pictures such as 'Spider-Man: No Way Home' and 'Venom: Let There Be Carnage' have proved to be successful releases during the pandemic and Jared is grateful that they are keeping cinemas going in the age of streaming services.

Leto said: "I also have gratitude for these movies because they're keeping cinema alive."

The Thirty Seconds to Mars frontman has been a lifelong cinema-goer and explained how watching films changed his life.

Jared said: "I know how important that was for me as a kid... escaping to the movies. That cultural experience was quite informative and impactful. I saw movies in theatres that changed my life."

The actor will play Dr. Michael Morbius – a man who gains a thirst for blood after an attempt to cure himself of a disease goes wrong – in the new Marvel movie and was drawn to the character as he is an "outsider".

The 'House of Gucci' star has experience in the genre after playing the Joker in the movie 'Suicide Squad' and again in 'Zack Snyder's Justice League' and says he would be open to portraying the iconic villain in the future.

"It's such a great cliché, but I heard Conor McGregor say it again recently. And I said, 'You know what? You're right, Conor. You never say never.'"