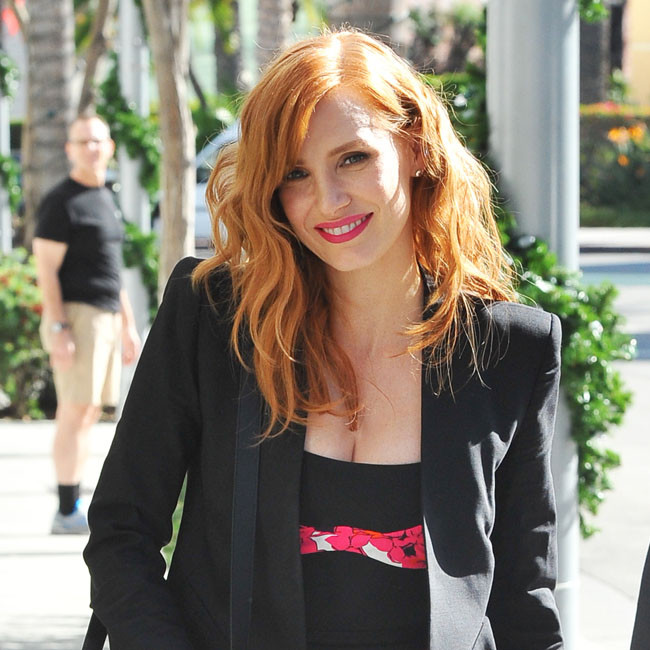 Jessica Chastain spent so long in the make-up chair for ‘The Eyes of Tammy Faye’, she feared she’d get a blood clot.

The 44-year-old actress portrays evangelist Tammy Faye Bakker – who died in 2007 – in the new movie and her transformation in to the real-life TV star took so long every day, she had to take steps to protect her health because she spent so much time in one position.

Asked how long it took to transform her every day, she said: “It all depends on the era. When we’re in the 90s, it takes the longest.

“When we did the first make-up test for that era, I was in the chair for six hours so I had to get compression stockings!

“I don’t want to get blood clots. I’m very aware that I have to keep the circulation going.”

To pass the time in the chair, Jessica listened to recordings of the real Tammy – and immersing herself in that way took a toll on her outside of work.

She said: “I have a Tammy Faye playlist on my phone.

“I put in my earbuds and I listen to Tammy.

“I’m like a crazy person. My voice is starting to becoming like hers, even when I’m just talking about her.

“I listen to her all the time. I just love her.

“They playlist plays on loop for me.”

For the first time in her films, Jessica sings, and she found it nerve-wracking at first.

She told the UK issue of OK! magazine: “I do all the singing.

“I tweeted on the first day of the recording session, ‘I’ve never had to do this before, but I’m literally drinking whiskey to get through the day.’

“It’s been a whole new experience for me. I sang a little bit at Julliard, but it’s been nothing like this.”