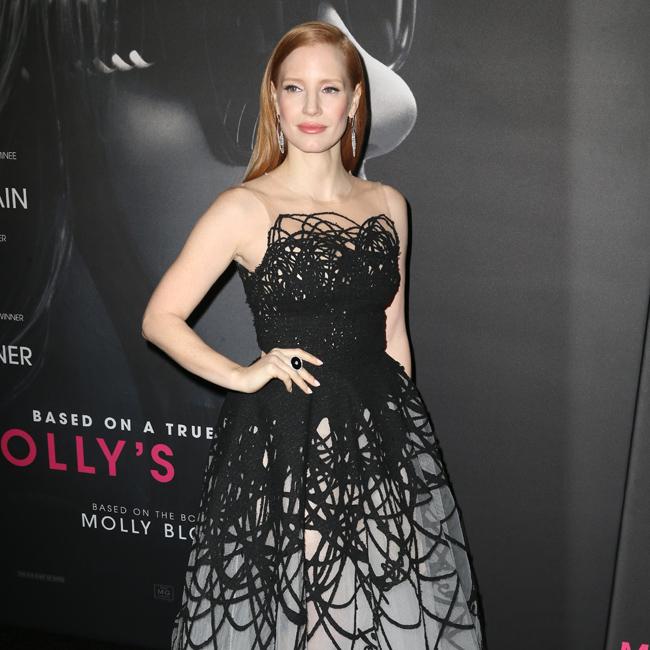 Jessica Chastain has revealed there is a scene in 'It - Chapter Two' that has the "most blood that's ever been in a horror film".

The 41-year-old actress is playing the adult-version of Beverly in Andy Muschietti's sequel to his hit 2017 movie based on Stephen King's iconic 1986 novel.

Shooting on the project wrapped last November and now Jessica has let slip there is one scene that is so gory it is going to make horror history.

The 'Molly's Game' star is very much part of the sequence with Pennywise the Dancing Clown - who is played by Bill Skarsgard - and she admits she was picking fake blood off her face for hours afterwards.

Speaking about the follow-up film on 'The Tonight Show Starring Jimmy Fallon', she said: "It's scary man, I love the scary stuff but it's more fun to be the scary person than the one getting scared.

"I'm going to say something, and I think I'm going to be in trouble but I'm going to do it, in the movie there's a scene and someone said on set that it's the most blood that's ever been in a horror film in a scene. I can tell you the next day I was pulling blood out of my eyeballs, like, fake blood."

'It: Chapter Two' is set 27 years after the first instalment and sees grown-up versions of the Loser Club as they face off against Pennywise one more time as the evil entity returns to terrorise the children of Derry, Maine.

The movie also stars James McAvoy as Bill, Bill Hader as Richie, James Ransone as Eddie and Andy Bean as Stan, and is set for release in September.