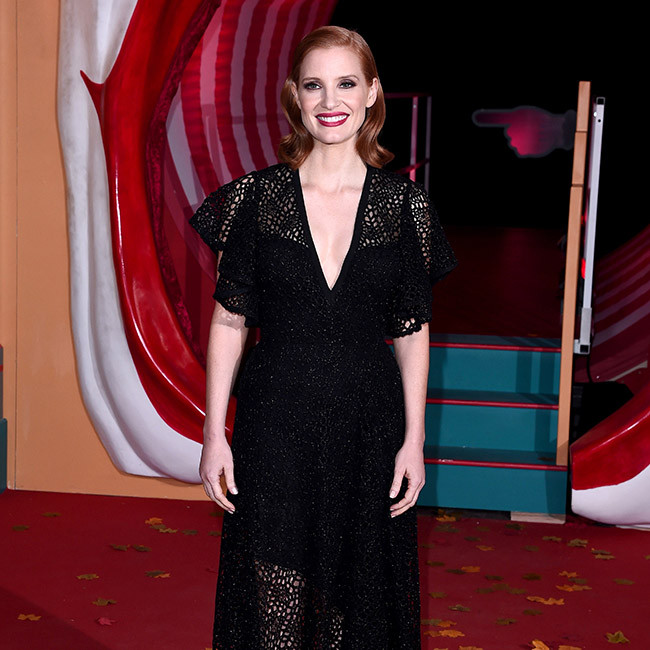 Jessica Chastain was terrified before The Eyes of Tammy Faye

Jessica Chastain was shaking with fear before starting work on 'The Eyes of Tammy Faye'.

The 44-year-old actress plays the titular role in the upcoming film about the controversial televangelist Tammy Faye Bakker and her husband Jim Bakker and admits that many elements of the film "terrified" her.

Jessica told DuJour magazine: "There were so many parts of making this movie that terrified me. On the first day of shooting, I started shaking before the first take. That's never happened to me on a movie before, and it was so embarrassing.

"But I thought, if I'm going to throw myself off this cliff, I'm going to jump off the deep end. People might really make fun of me. But Tammy Faye probably thought that every day, and she did it anyway."

Jessica, who is also a producer on the film, recalled how it would take her over seven hours to get into makeup as the character and that she would use the time to study Tammy Faye.

"People don't understand that (that kind of makeup) takes a lot of energy, but I used that time to listen to her voice. I just rewatched and rewatched her on video. I've seen every video she's ever done."

Jessica acquired the rights to the film by watching the 2000 documentary of the same name and described it as one of her "crazy ideas".

She explained: "I knew about Tammy from what I'd seen on 'Saturday Night Live', but I actually had never seen her give an interview until I watched the documentary.

"My impression from sketch television was that she cried all the time, she was a crook and always had mascara running down her face."

Jessica added: "I have these ideas that we have to push against an old-fashioned way the film industry has worked."