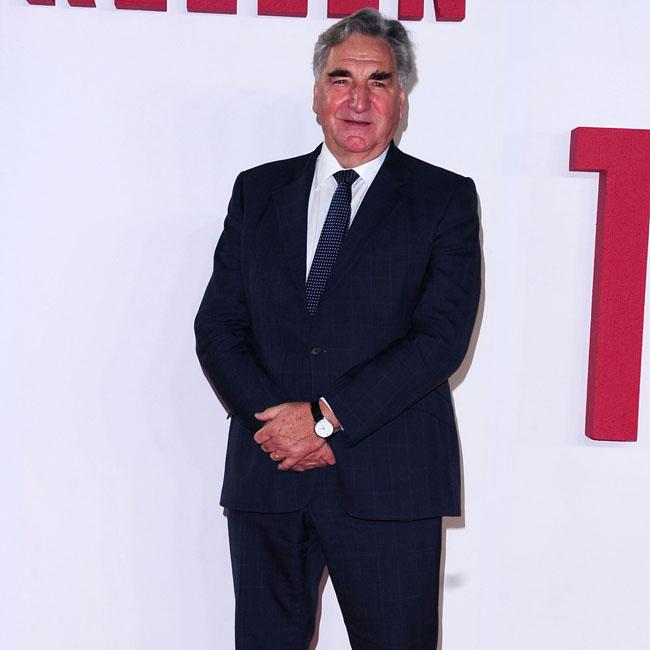 Jim Carter and Miriam Margolyes are to star in a new 'Wallace and Gromit' adventure.

The 71-year-old actor and 79-year-old actress will feature in 'The Big Fix Up'. The project is described as a story-driven augmented reality adventure, featuring elements of both film and video games.

It will be available to viewers through a mobile or tablet app this autumn, with the devices allowing audiences to see digital versions of Wallace and Gromit throughout the story.

Jim will play the role of villainous millionaire Bernard Grubb, a devious businessman with political aspirations.

The 'Downton Abbey' star said: "I have always loved Wallace and Gromit and was delighted to join them for 'The Big Fix Up' - even if I didn't have to play a rather unpleasant character."

Jim and Miriam will be joined in the project by Isy Suttie and Grace Ahmed. It will be set in Bristol, the home of Aardman Animations.

'Wallace and Gromit' creator Nick Park joked that inventor Wallace "would embrace this wholeheartedly and give it the big thumbs-up".

The 61-year-old animator added: "Delighted to welcome this wonderful voice cast to Wallace & Gromit's new augmented reality world! I look forward to meeting their characters this autumn in 'The Big Fix Up' adventure."

Merlin Crossingham, Aaardman's creative director of 'Wallace and Gromit' explained how viewers could get involved in the story.

Crossingham said: "Part of the story is that Grubb has employed Wallace to fix up Bristol, hoping he can bribe the electorate by doing everyone a favour. Of course, Wallace has no idea what he's put himself into.

"That's where the audience comes in. Because the job is too big, the audience are employed, and Wallace will give them jobs to do.

"For example, there's been reports of robot pigeons in Bristol city centre. You'll have fun chasing the pigeons. It's very silly, as you'd expect with Wallace and Gromit."