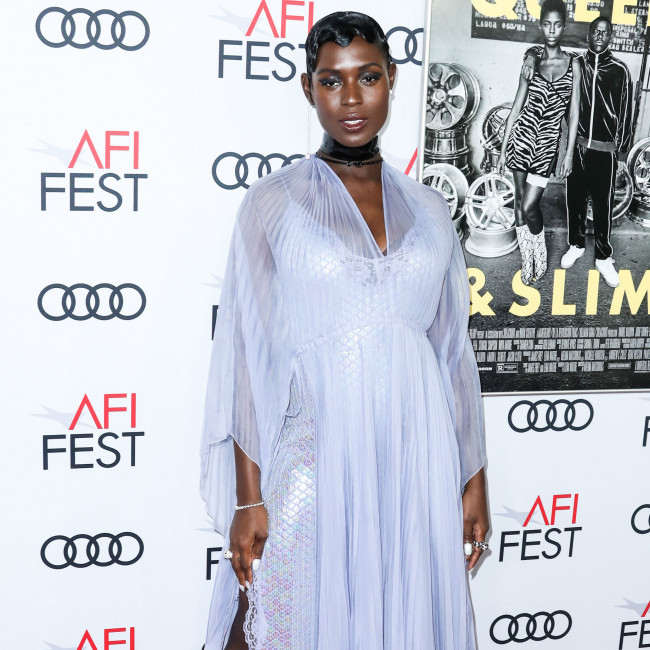 Jodie Turner-Smith says that her pregnancy added "a layer of complexity" to 'Without Remorse'.

The 34-year-old actress stars as Lt. Commander Karen Greer in the action flick based on Tom Clancy's novel and opened up about the challenges of filming while she was expecting a baby daughter.

Jodie, who welcomed a baby girl to the world with husband Joshua Jackson in April 2020, said: "(Training) wasn't straightforward because I was pregnant, so that definitely added a layer of complexity to it. But I went after it. I gave it all of myself."

The 'Queen & Slim' star continued: "We worked really closely with these guys on set who were there to teach us how to operate in combat, how to move with and around each other, how to talk to each other.

"We're emulating guys who have been working together, alongside each other for years, so there needed to be a sense of familiarity and comfort and ease to how they work together."

Jodie also revealed how her pregnancy made it more difficult to shoot underwater stunts.

She told Variety: "I don't know if you know this, but when you are pregnant, it's very hard to hold your breath. So, I had unique challenges that my co-stars didn't have."

Turner-Smith also loved having the opportunity to play a trailblazing character in the form of a female Navy SEAL.

She explained: "I love that filmmakers wanted to create this character, to envision this woman. There's not a female Navy SEAL right now, but there will be soon. I feel that is what we're moving towards.

"It felt very cool to embody this a little bit ahead of the curve. And to hopefully honour and bring a good representation to women around the world who are serving in the armed forces right now."