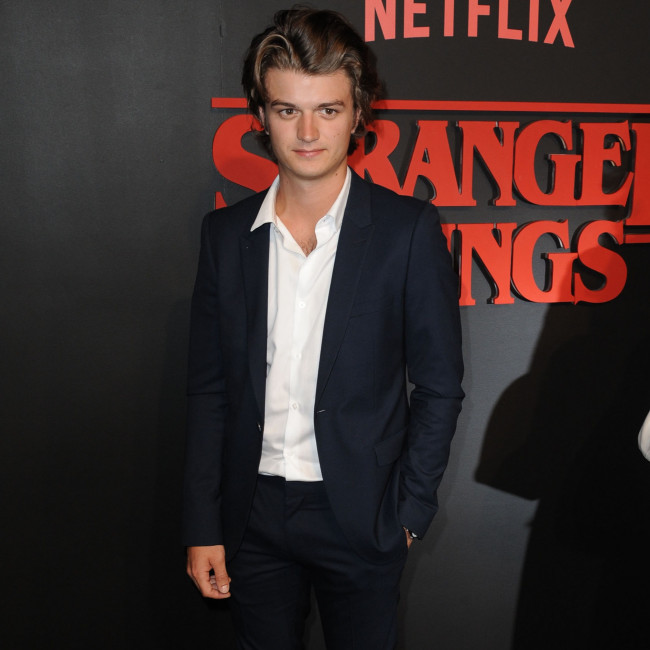 Joe Keery gained a "deep appreciation" of Ryan Reynolds after working together on 'Free Guy'.

The 29-year-old actor features in the sci-fi action comedy as Walter 'Keys' McKeys and felt that the 'Deadpool' star made things "look really easy" on set.

Joe told Variety: "I was pretty blown away because he just makes it look really easy.

"And what he's doing, it's hard. Not anyone can do it. It just gave me a really deep appreciation for him and all of his work that he's done up until this point."

The 'Stranger Things' actor explained how he paid attention to how Ryan behaved both in front of and behind the camera.

Joe said: "As the kind of leading actor. (Ryan) just set a tone of collaboration really early on, and comfortability. I assume he's probably aware that people are nervous to meet him. And, right away, he's very disarming and really puts you at ease."

'Free Guy' also stars Jodie Comer and Joe revealed how the relationship between their characters gradually evolved during filming.

He said: "We just slowly found their relationship throughout the filming process.

"And it helps that she's so great – obviously a great actor, but I just mean a great person, collaborative and easy to get along with.

Joe also picked up some advice from castmate Taika Waititi as he taught him to be fearless when acting in a scene.

He shared: "Being scared or being nervous on set just inhibits your performance.

"(Taika) is so free and so open and willing to fail. And he doesn't hold anything back. I think that's really good advice for a young actor who's coming up and in their first big gig."