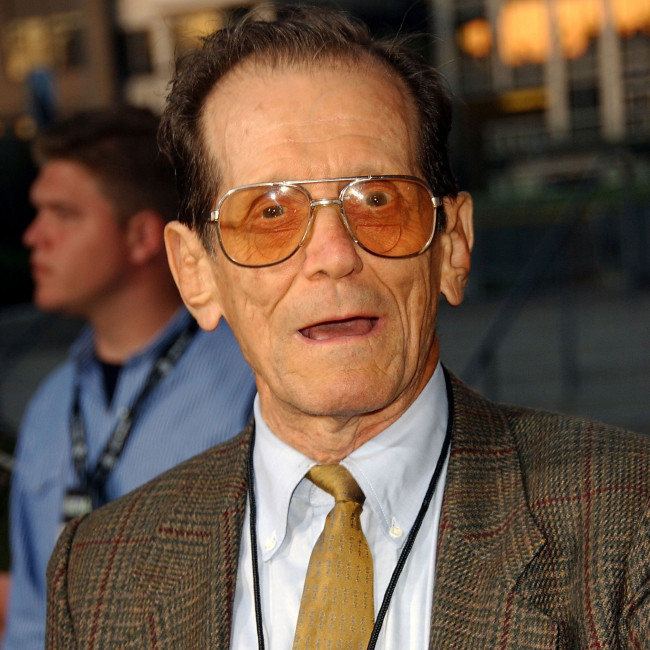 The 94-year-old actor - who was best known for portraying bartender Lloyd in 'The Shining' and the creator of the replicants in 'Blade Runner' - passed away last Monday (27.06.22) at Providence St. John’s Health Center in Santa Monica, at the age of 94, his family have announced.

The actor began his movie career int he late 1940s, with roles in the likes of 'City Across the River'. He was spotted by director Stanley Kubrick when he was working on B-movie 'Man Crazy' and as well as 'The Shining', went on to appear in two of the late filmmaker's other movies, as a gunman in the final shootout in 1956's 'The Killing' and a soldier facing a firing squad in 'Paths of Glory' (1957).

He previously recalled how Kubrick told him of 'Man Crazy': "The picture was terrible, but I liked you and what you did and so I said I’ll have to hire that guy sometime.”

As well as appearances in films including 'The Baked Street', 'The Bonnie Parker Story', 'The Hindenburg' and 'Gordon's Valley of the Giants', Joe also featured in television shows including 'Miami Vice', 'The Lone Ranger', 'Bonanza', and 'The Untouchables'.

His final film appearance came in 1990's 'The Dark Side of the Moon' but he reprised his 'Blade Runner' role of Tyrell for a voiceover in a 1997 video game.

Shortly before he passed away, Joe completed a memoir titled 'The Misery of Success', which his family plan to publish later this year.

He is survived by sons Craig and Robert, brother David, and two grandchildren.

Those wishing to attend his funeral at Hollywood Forever Cemetery are asked to email JosephTurkel1927@gmail.com.