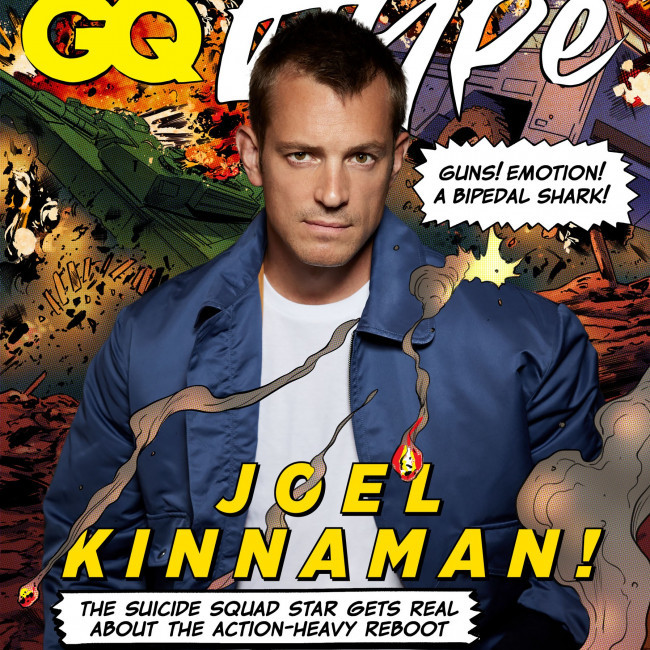 Joel Kinnaman thinks fans will be surprised about his portrayal of Rick Flag in 'The Suicide Squad'.

The 41-year-old actor reprises his role as the character in the DC Extended Universe (DCEU) sequel but has teased that his alter ego is "less cynical" than in the flick's predecessor 'Suicide Squad'.

Joel told GQ Hype: "I had to look at it in a way that I had never looked at a character before.

"It was a very different take on Flag. I felt it was a much more idealistic and less cynical version. It felt like he had much more emotions available. In some ways, it felt closer to myself."

'The Informer' star also revealed that he was unhappy with his performance in the previous film and that "conflicting visions" blighted David Ayer's flick.

Joel said: "The thing that we made wasn't something that we felt great about. You could feel that there were conflicting visions in the cut.

"I worked as hard as I could, but I never really felt loose in that character."

Kinnaman believes that this movie is a lot better and praised director James Gunn for capturing moments of "real poetic beauty".

He shared: "I think what surprised me when I saw the film was first how well it flowed. How he (Gunn) was able to create these little bubbles of emotional sincerity and some moments of real poetic beauty and they felt earned."

Joel also explained how his mother had a big impact on his acting career by teaching him how to channel emotion into his performances.

He said: "My mother helped me form a language to talk about emotions, to understand that sometimes the emotions that you feel are a result of something else."