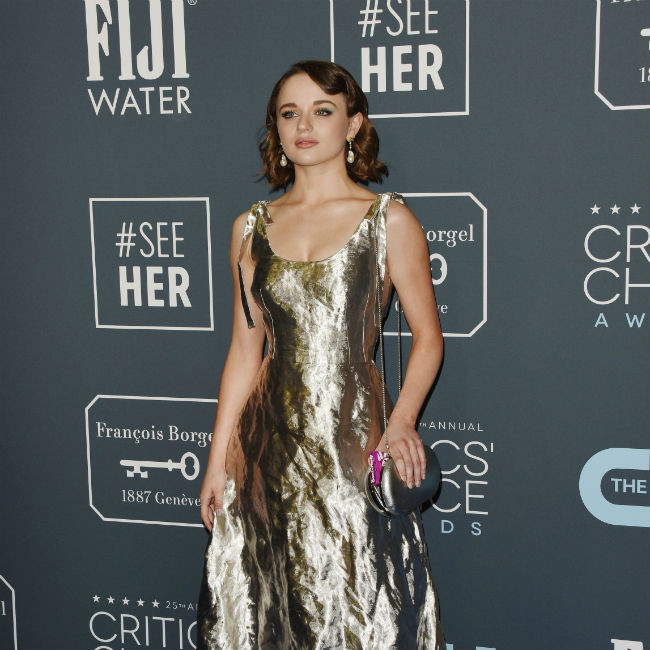 Joey King: I can't wait for people to see The Kissing Booth 3

The 21-year-old actress is reprising her role as Elle Evans in the latest installment of the teen romcom series and is keen for fans to see how she deals with the conclusion of the second film, which saw her forced to choose whether to go to university with love interest Noah or his brother and her best friend Lee.

"All the while, though, even though Elle is going through some very tough decisions, we are going to have even more fun with these characters than we did in the second one.

"I cannot wait. It was so much fun to film, and I love getting to see things that were a great time in the moment pay off on camera, and for it to feel as much fun to watch."

Joey also revealed that she's "obsessed" with the dedicated fanbase of the Netflix film series.

She told Digital Spy: "I'm obsessed with (the fans). They're my favourite people in the world.

"What I love so much about the 'Kissing Booth' fanbase is that a lot of them are newcomers to me, and a lot of them are people that have been following me from my 'Ramona and Beezus' time, or even the 'Conjuring' times, or anything like that.

"I felt such immense support, because I knew that not only were they just huge fans of the franchise and they wanted to see all things 'Kissing Booth', obviously, but I felt so supported and loved on a personal level because they were excited to see what else I had to do."