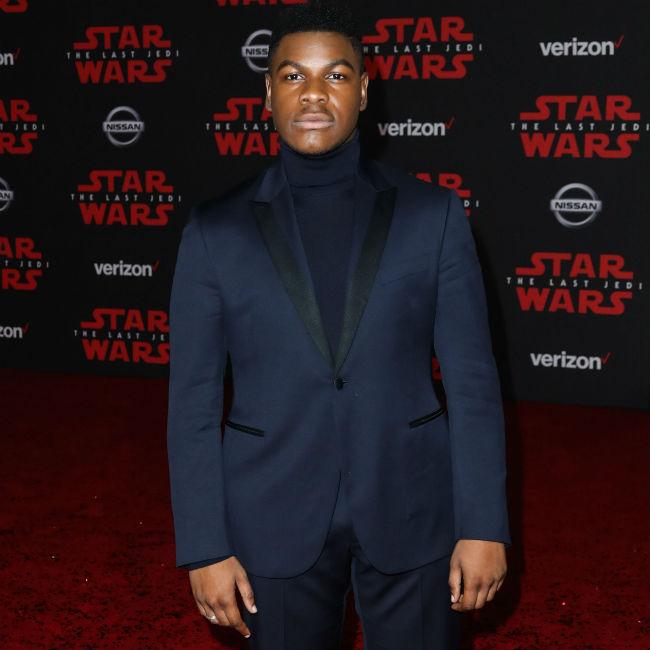 John Boyega is sad to say goodbye to Star Wars

John Boyega is sad to say goodbye to 'Star Wars'.

The 27-year-old actor has played Finn in the new trilogy of films but will make his final appearance in 'The Rise of Skywalker'.

When asked if leaving the sci-fi franchise was bittersweet, John told Total Film magazine: "Yeah, 100 per cent, because you no longer have the consistency with these people who you have genuine friendships with."

However, John is pleased that his character has maintained a sense of "mystery".

He added: "It feels OK, because, with just three films, there's still a curiosity and a mystery about Finn. There are still certain things that I really don't know about him. It feels like, 'OK, cool. It's a balanced, right time.'

"But if my name was Daniel Radcliffe right now, I'd be like, 'I'll be playing this guy for years. Yeah! Somebody take this wand!' "

John was "full of confidence" shooting 'The Rise of Skywalker' because after making two movies in a galaxy far, far away he knew exactly what was expected of him.

He explained: "I stepped onto 'The Rise of Skywalker' set as if I was stepping into my kitchen to make breakfast. I was full of confidence. You know everybody in the kitchen. The whole family is there. There are good vibes. Great conversation. You know the day is going to be good."

John's character has changed sides over the course of the trilogy, initially fighting as a Stormtrooper in the First Order before switching sides to the Resistance, he believes that Finn has a clear identity in this film.

He said: "I don't know if Finn was fully confident about his position in 'Episode VIII' ('The Last Jedi'). In 'Episode IX' (The Rise of Skywalker) is where you have a Finn that now knows what team he fights for. "There's very interesting beats with Finn in terms of his relations to other characters - there's an aura around him, a new kind of confident energy."