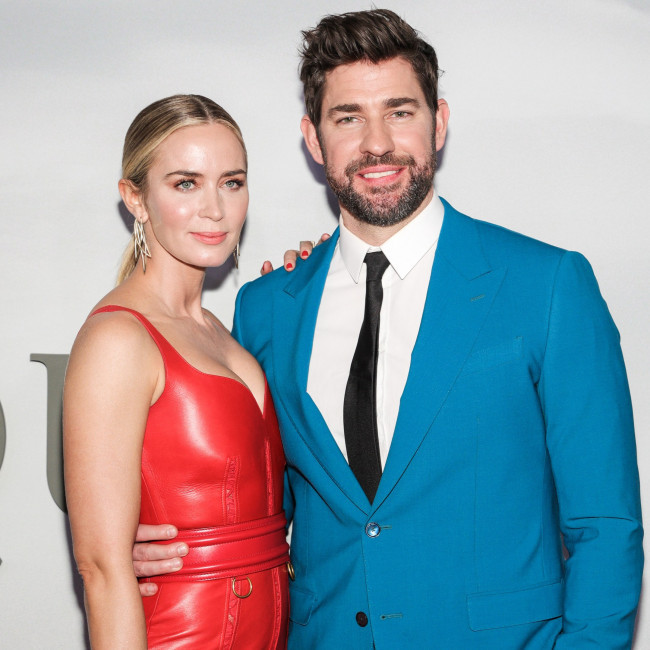 John Krasinski has praised his wife Emily Blunt for being the "most talented actress" and for making the set of 'A Quiet Place Part II' a wonderful place to work.

The husband and wife duo teamed up again for the horror sequel - which has been directed and written by Krasinski and stars him and his spouse - and he insists that Blunt made the entire shooting experience better for all the cast and crew, not just him.

In an appearance on 'The Late Show with Stephen Colbert', he said: "The truth is, I think she's the most talented actress we have.

"I mean, she's just the most unbelievably talented person, but also, more than acting, she's just such an incredible person to have on set. The entire crew, everybody who's around, just loves it much more when she's on set."

Krasinski, 41, also lifted the lid on his home life Blunt, 38, and their two daughters, Hazel, seven, and Violet, four, during the COVID-19 lockdown.

He admits that he got "addicted" to popcorn as the days and weeks passed in quarantine and eventually the 'Mary Poppins Returns' star gave him told him his snacking had to stop as he was gaining too much weight.

He said: "I got addicted to weird things. I was addicted to popcorn. My kids had microwave movie popcorn for something, and they loved it, and then just slowly the time started getting earlier and earlier. And at like 9:00am at breakfast, I was like, 'Does anybody want popcorn?' And Emily was like, 'You gotta cool it on the popcorn! You got to stop microwaving popcorn at 9:00am.'"

Krasinski took his wife's advice on board as he was getting to fat to resume filming on his Amazon action series 'Jack Ryan'.

He said: "There was a moment there where we were still going to shoot, and I said, 'I am totally ready to shoot. We just need to change the name of the show to Fat Ryan. And then, let's do it.'" 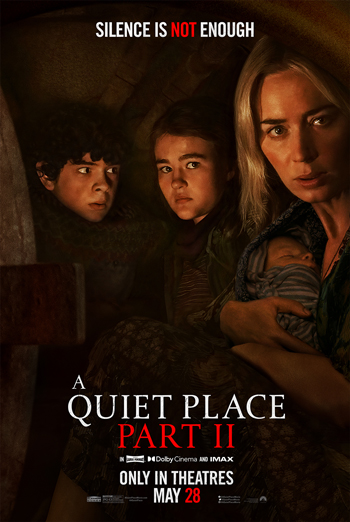 Following the deadly events at home, the Abbott family (Emily Blunt, Millicent Simmonds, Noah Jupe) must now face the terrors of the outside world as they continue their fight survival in silence. Forced to venture into the unknown, they quickly realize that the creatures that hunt by sound are not the only threats that lurk beyond the sand path. ...