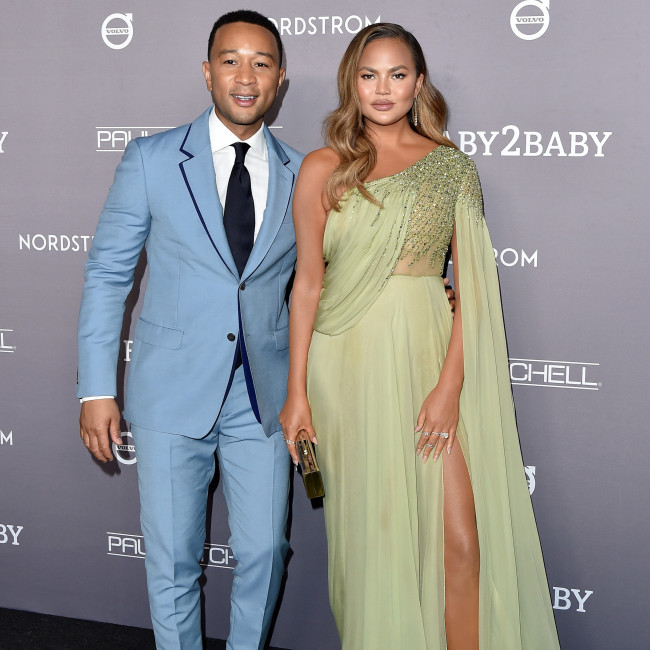 John Legend and Chrissy Teigen lend voices to The Mitchells vs. The Machines

John Legend and Chrissy Teigen have joined the cast of the animated film 'The Mitchells vs. The Machines'.

The couple will lend their voices to the new Netflix comedy flick, which is being directed by Michael Rianda.

Rianda has penned the script along with Jeff Rowe, with the plot centered on Katie Mitchell (Jacobson) – a young woman who is accepted into her dream film school. While driving to campus, she and her family come across a tech uprising, which leaves them to figure out how to save the world.

Phil Lord and Christopher Miller are producing the film, which was formerly known as 'Connected' and was sold from Sony to Netflix in January.

Legend had a role in the hit musical flick 'La La Land' although he previously suggested that a sequel was unlikely.

The 42-year-old star – who played bandleader Keith in the film and performed 'Start a Fire', which he co-wrote with 'La La Land' composer Justin Hurwitz, Marius De Vries and Angelique Cinelu - doesn't think the movie naturally lends itself to a follow-up but he'd be prepared to listen to director Damien Chazelle if he had ideas for another story.

John said: "I don't know if these things have sequels. I don't know if it's that kind of movie. But if it is and Damien wants me to do anything I'd love to work with him again on anything he's doing."