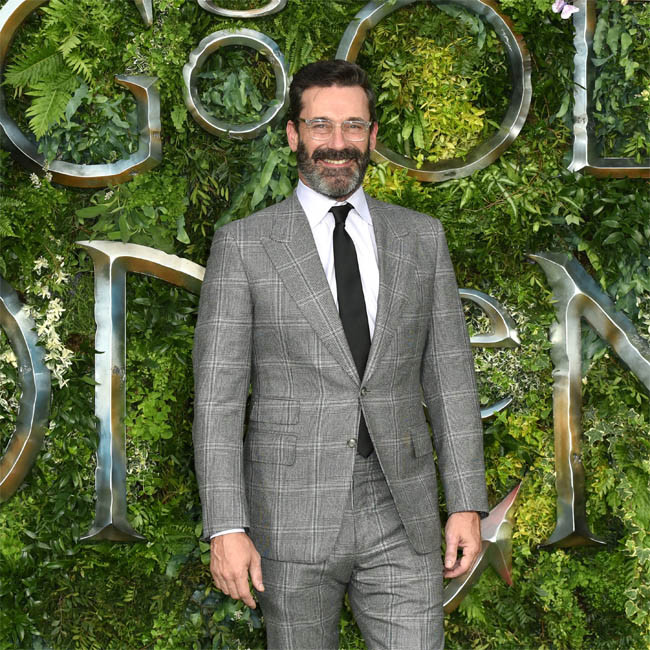 Jon Hamm has revealed that the 'Fletch' reboot will begin filming in the spring.

The 49-year-old actor will play the investigative reporter M. 'Fletch' Fletcher in a new adaptation of the 1985 comedy thriller that starred Chevy Chase in the lead role and has explained that he hopes to be filming in New York by early 2021.

Jon told Collider: "We're hoping to start shooting in the springtime, in New York City – you know, fingers crossed. We've got an excellent script, and an excellent director attached, and we're going to start casting soon.

"It's big shoes to fill, obviously. But as I've mentioned in previous conversations, it's a reboot, it's not a remake, so we're going back to the novels and really breaking it down but hopefully bringing what people want to see. So, fingers crossed!"

The new movie is being directed by 'Superbad' filmmaker Greg Mottola and the plot is based on the second novel in Gregory McDonald's book series, 'Confess, Fletch'.

The original flick was a box office hit which led to Chase reprising the role in a less successful sequel, 'Fletch Lives', in 1989.

The story sees Fletch caught in the middle of multiple murders - one of which pins him as the main suspect. As he seeks to prove his innocence, Fletch has to find his fiancée's stolen art collection, acquired after her father goes missing and is presumed dead.

The script has been penned by Zev Borrow, who has worked on the 'Lethal Weapon' television series. Hamm will serve as a producer on the flick with manager Connie Tavel and it will be distributed by Miramax.

Connie said: "Producing this film with Jon has been a longtime dream and with Zev and Greg on board to write and direct, I really believe that this will be an exciting and modern re-imagining of this beloved character."