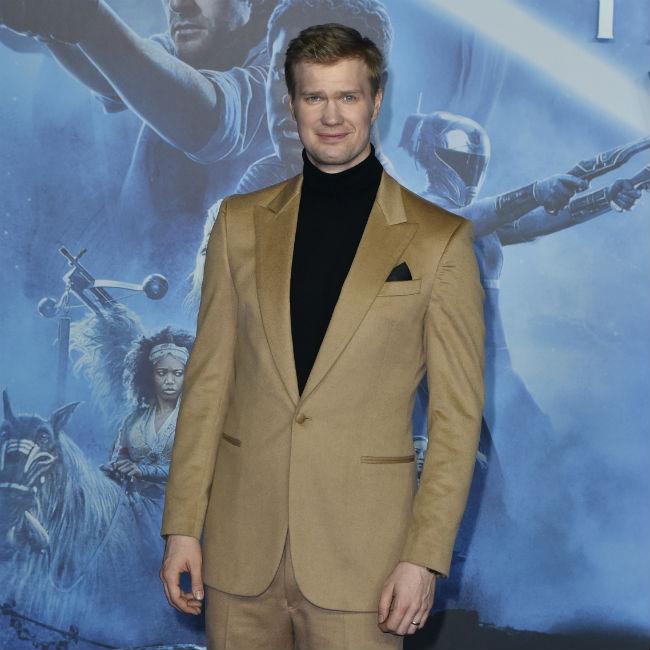 Joonas Suotamo admits that he and the rest of the cast were very "emotional" when they had to film the reaction to Princess Leia's death in 'Star Wars: The Rise of Skywalker'.

The Finnish actor plays Chewbacca in the new trilogy and admits that he wanted the scene where he and the rest of the Millennium Falcon crew discovered that Leia had passed to be "perfect" as it was a tribute to late actress Carrie Fisher, who played the character and appears in the ninth and final film in the Skywalker saga through the use of unused footage from 'The Force Awakens' and some CGI scenes.

Joonas' emotional and state meant he had some difficulty operating Chewbacca's mask during the scene, something that left him a "nervous wreck".

He told The Hollywood Reporter: "I remember having some issues with my jaw being so sweaty that I had trouble opening the mouth of the Chewbacca mask because I knew this moment was so important to the film, and I wanted it to be perfect.

"But, maybe that helped me get into the right mindset. Everyone was really tense. It was agonising to deal with that situation because you were essentially living the actual reality of it - that Carrie had passed - and now we were shooting the scene where her character passes. It was a very emotional day, and watching it is still very emotional for me."

The 33-year-old actor, who stands just short of seven-foot-tall and is a former professional basketball player, admits it was a far more difficult scene to shoot as opposed to Harrison Ford's final scenes as Han Solo in 'The Force Awakens' because Carrie had passed in in 2016.

Joonas explained: "The whole film turned out to be beautiful, but especially those five minutes. When Han died in 'The Force Awakens' you knew that you were still going to shake Harrison Ford's hand at the end of the day. So, yeah, Leia's scene was definitely more difficult."

Joonas first shared the ionic role of Chewbacca with original Chewie actor Peter Mayhew in 2015's 'The Force Awakens' and took on the part full-time for 2017's 'The Last Jedi' and 'The Rise of Skywalker' after Peter - who passed away at the age of 74 in April 2019 - gave up the role due to health problems.

Joonas is proud to have carried on Peter's legacy and is happy with the character's ending.

He said: "I'm just really happy about how Chewbacca fits into the picture. He's been with the Resistance and Rebellion for so long, and it's great to see that he's on an adventure with his friends again."

Joonas is open to reprising his role as Chewbacca in the galaxy far, far away in the future if the correct opportunity arises.

Speaking previously to BANG Showbiz, he said: "I'm always interested in opportunities like this. But Chewbacca's entrance has to be warranted, it has to be special, because Chewbacca is a really cool character. He can't come back in a throwaway moment. But I am open to it."