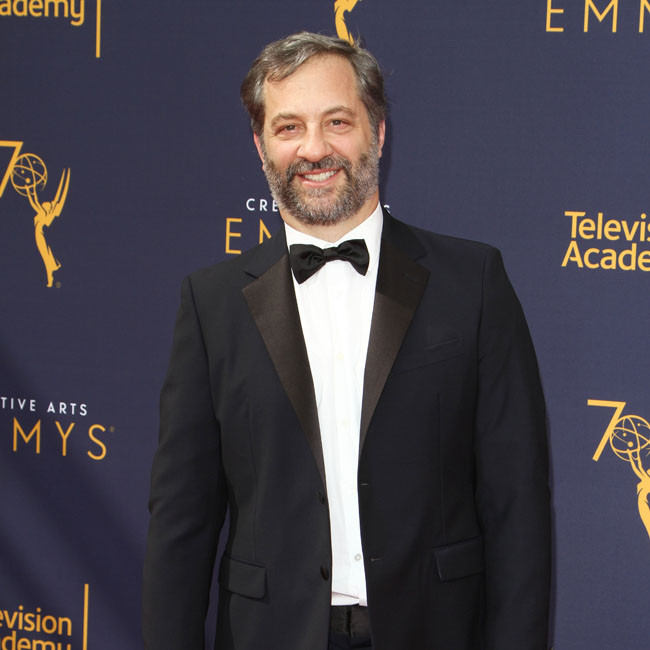 Judd Apatow is helming a new comedy for Netflix.

The 52-year-old filmmaker - who has directed classics of the genre, such as 'The 40-Year-Old Virgin' and 'Trainwreck' - has teamed up with 'South Park' scribe Pam Brady on the script for the currently-untitled flick for the streaming service.

As per Deadline, the plot aptly follows a group of actors living in a pandemic bubble at a hotel who are trying to finish off a film.

There is currently no news on casting as of yet, with auditions to be held shortly.

In June, it was revealed that Apatow is working on a documentary film about the late comedian George Carlin.

He said: "I'm about to start work with my partner Michael Bonfiglio on a documentary about George Carlin.

"So I'm looking forward to watching a lot of Carlin interviews and specials. I think his work turned out to be very prophetic."

Carlin, who passed away in 2008, was famed for his 'seven dirty words' routine and also appeared in films such as 'Bill & Ted's Excellent Adventure'.

The 'Knocked Up' director previously admitted he is keen to pay tribute to legends of the genre.

He explained: "The way the world works now, if you don't organise someone's history it disappears down the digital drain. There are other people out there with a similar strong interest, like Marc Maron, who are part of the podcasting world and the stand-up world. Maybe I'm just the most obsessed."

Speaking about that project, he said: "I can't provide much to the world, but I can provide the occasional laugh.

"Also, the film speaks to grief and trauma, even though it's a comedy, and that relates to what we are all experiencing.

"Unlike how I usually work, I wasn't obsessed with making every line funny.

"I have found, in the past, that I have lost authenticity and credibility because people are too funny [in my films]. In the real world people aren't that funny."