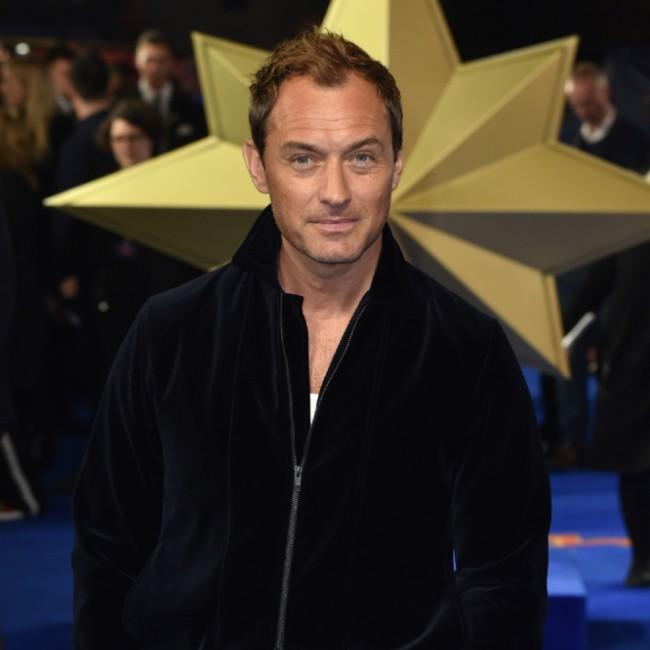 The 47-year-old star is said to be lined up to take on the role of the classic Disney villain in the studio's upcoming live action film based on J.M. Barrie's novel.

According to Variety, Law is discussing the possibility of playing the pirate, with 'Pete's Dragon' director David Lowery at the helm.

Lowery has also co-written the script with Toby Halbrooks, while Jim Whitaker is producing.

The report adds that the movie - which stars Ever Anderson as Wendy and Alexander Molony as Peter Pan - is expected to get a full theatrical release, rather than heading straight for the Disney+ streaming platform.

The studio famously adapted Barrie's book with a 1953 animated classic based on the story of the boy who wouldn't age and his adventures in Neverland.

There have been other versions brought to the big and small screen over the years, including Steven Spielberg's 'Hook' in 1991 - which starred Robin Williams as a grown up Peter opposite Dustin Hoffman as Captain Hook.

Law previously admitted it's a "wonderful" feeling not having to be the "golden boy" in Hollywood because he has the chance to play characters which have "more depth" to them.

He explained: "To think that at this age I feel happy in my skin, I'm enjoying this decade.

"Acting is a strange business: at the age of twenty you are in a minefield, I speak from a male point of view, which is obviously completely different for women.

"At 30 you can relax a bit and say, 'I did it, I survived'; finally you reach 40 and the parts they offer you have a different thickness, have more depth, and you no longer have to be the 'golden boy' or have the beauty of youth. It's wonderful to feel comfortable."