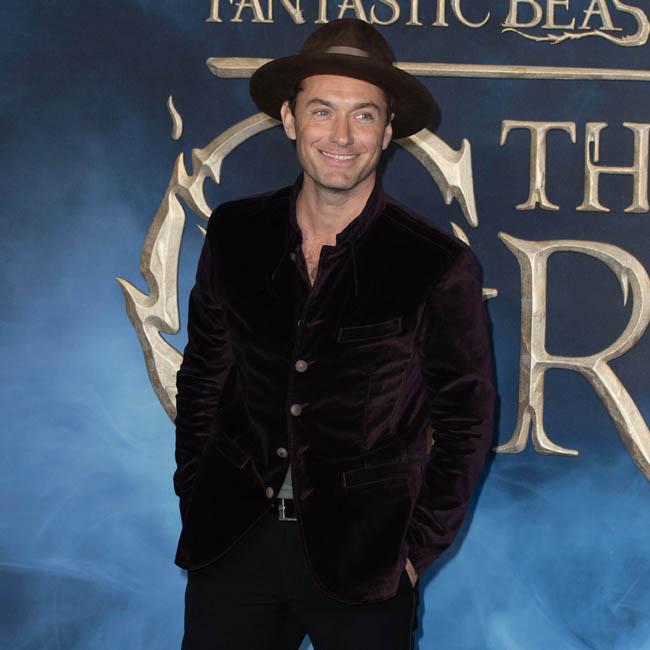 Jude Law: It's 'wonderful' not being chosen for films based on looks

Jude Law isn't worried about losing his hair because he doesn't have to rely on his looks to get film roles anymore.

The 47-year-old actor has admitted it's a "wonderful" feeling not having to be the "golden boy" and being selected to play characters which have "more depth" to them.

"To think that at this age I feel happy in my skin, I'm enjoying this decade.

"Acting is a strange business: at the age of twenty you are in a minefield, I speak from a male point of view, which is obviously completely different for women.

"At 30 you can relax a bit and say, 'I did it, I survived'; finally you reach 40 and the parts they offer you have a different thickness, have more depth, and you no longer have to be the "golden boy" or have the beauty of youth. It's wonderful to feel comfortable."

The 'Spy' star previously admitted he likes the "pressure" of not knowing how good a film is going to do as he feels it makes him a better actor.

He said: "That pressure is quite what turns me on in a way.

"The fear of not getting something right and the feeling of exposing yourself is, because obviously it's a public job, one of the thrills. It pushes and motivates me."

However, that doesn't stop the 'Holiday' actor getting nervous on set.

He admitted previously: "I do get nervous, but I've realized that as I've gotten older, I hide my nerves more, and instead they will come out in odd ways.

"Instead of standing around perspiring or thinking 'I can't do this, I can't do this', it's a more a modest sort of anxiety, expressed through being a bit fidgety, or through needing to engage with whoever's working around you to divert your attention.

"You're anxious because you want to be good ... So that usually raises your attention to detail and your commitment, which is a good thing."