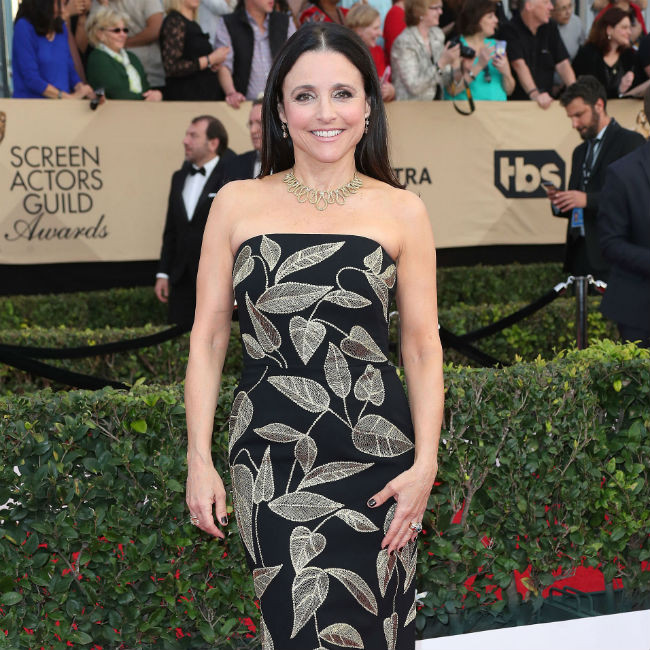 Julia Louis-Dreyfus is set to star in 'Tuesday'.

The 60-year-old actress will feature in the new project which is being described as a "mother-daughter fairy tale".

Lola Petticrew has been cast as Louis-Dreyfus' daughter, named Tuesday, in the film with Arinze Kene also featuring.

Daina O. Pusic will oversee the project in her feature directorial debut. She has previously helmed the short films 'The Beast' and the award-winning comedy 'Rhonna & Donna'.

A24 are financing the film, which is being produced by Ivana MacKinnon for Wild Swim Films, Helen Gladders for Gingerbread Pictures and Oliver Roskill for Record Player Films.

Julia previously starred in the political satire TV series 'Veep' as fictional US Vice President Selina Meyer between 2012 and 2019 but confessed last year that the antics of former President Donald Trump was making her miss the comedy show.

Asked if Trump's behaviour made her miss the show, the 'Downhill' star said: "It does and it doesn't.

"I mean, I have to say, I think he's doing a better job of our show, except to say that it in fact isn't even remotely funny.

"It does make me miss it. It was super funny. It's just hard to compete with that c**p."

The star also appeared on 'Saturday Night Live' between 1982 and 1985 and recalled the experience of working with comics such as Eddie Murphy and Martin Short as "brutal".

Julia, who joined the show aged 21, said: "I was unbelievably naive and I didn't really understand how the dynamics of the place worked. It was very sexist - very sexist. People were doing crazy drugs at the time. I was oblivious. I just thought, 'Oh, wow! He's got a lot of energy!'"