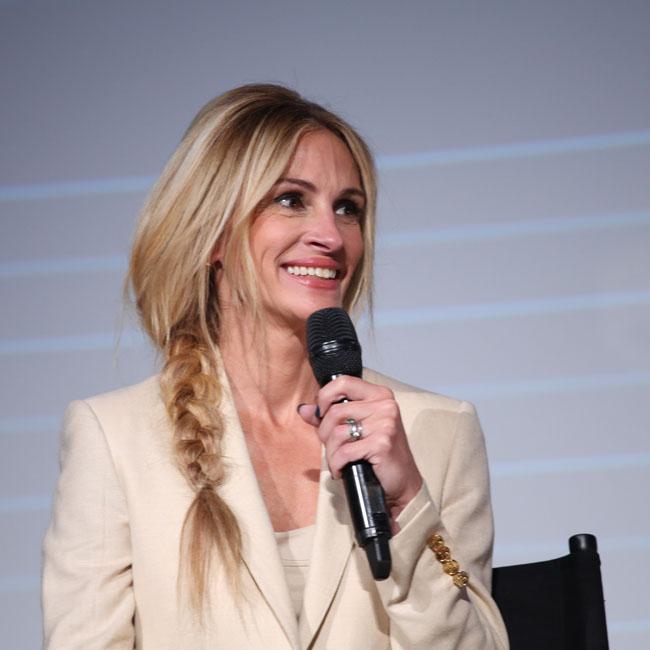 Julia Roberts had 'no business' being in Pretty Woman

Julia Roberts had "no business" being in 'Pretty Woman'.

The 51-year-old actress portrayed the vivacious Vivian Ward alongside Richard Gere's Edward Lewis in the 1990 rom-com - which sees a prostitute and wealthy businessman fall madly in love with one another - and Julia has revealed that before the late director Garry Marshall took over the reigns of the movie, she was not interested in the original script which was named '3,000'.

Speaking in an interview for 'Variety Studio: Actors on Actors' with Patricia Arquette, who also auditioned for the lead part, Julia admitted: "I had no business being in a movie like that."

The 'Notting Hill' star ended up landing the gig, but within a matter of days the company launching the movie "folded" and she was left without a job.

Julia continued: "I get the part. The studio that had it - this small movie company folded over the weekend - and by Monday, I didn't have a job."

The Hollywood star explained that she lost interest when she found out Disney were involved, as she assumed the flick would be turned into an animation.

However, as soon as "great human being" Garry jumped on board, she was reassured that the film was "something more in my wheelhouse".

"And I thought, 'Went to Disney? Are they going to animate it? Like how does this become a Disney movie?'

"Then when [director] Garry Marshall came on, and I think because he's a great human being, he met me just because I had once had the job and he felt it would only be fair to at least meet me since I had this job for three days and then lost it.

"And they changed the whole thing. And it became something more that is in my wheelhouse."

Patricia, 51, also revealed that there was an alternate ending, which was darker and grittier.

She recalled: "It read like a really gritty art movie. The ending was really heavy."

Julia added: "Threw her out of the car, threw the money on top of her, as memory serves, and just drove away, leaving her in some dirty alley."