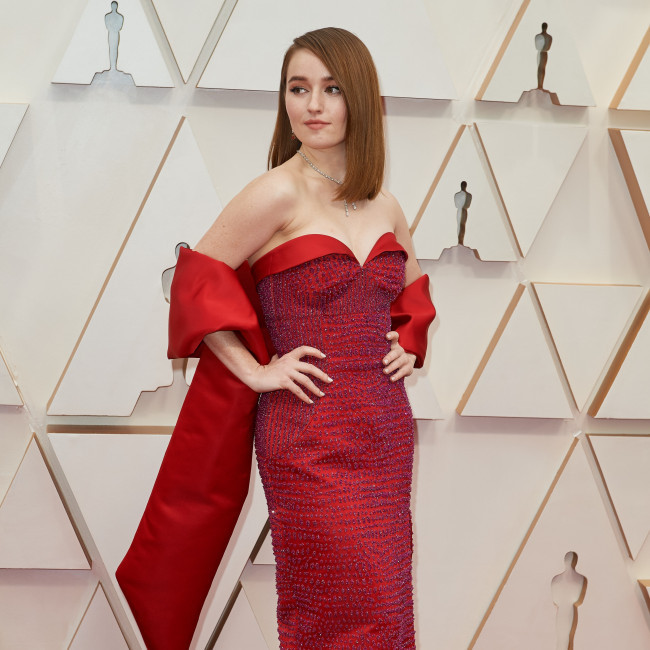 Kaitlyn Dever has joined the cast of George Clooney and Julia Roberts' rom-com 'Ticket to Paradise'.

The 'Money Monster' and 'Ocean's Eleven' franchise co-stars are set to team up for Ol Parker's upcoming romantic comedy, where they will play a divorced couple who travel to Bali to stop their daughter from getting married.

The 'Booksmart' star will reunite with her co-star from the 2019 flick, Billie Lourd, in the hotly-anticipated movie.

Wren Butler is a graduate from the University of Chicago who accompanies her best friend Lily on a post-graduation trip to Bali.

Filming is due to commence in Australia later this year.

Meanwhile, Kaitlyn is also set to star in a film adaptation of 'Dear Evan Hansen', a take on the popular stage musical which is being developed by Universal.

The plot follows Evan Hansen, a teenager with social anxiety who gets caught up in a lie when the family of classmate who committed suicide confuses one of Evan's letters for his suicide note.

The 24-year-old actress will play the role of Zoe, the tragic classmate's sister, who begins dating Evan after he strikes up a relationship with the boy's family.

As well as starring in the coming-of-age comedy 'Booksmart', Kaitlyn won a Golden Globe for her portrayal of a sexual assault survivor in Netflix series 'Unbelievable'.

She worked alongside Olivia Wilde in 'Booksmart' and learnt so much from the 'Richard Jewell' star, who directed the motion picture.

Kaitlyn said previously: "Oh my god, I learned so much from her every single day. She's just an incredible person that inspires me to take big leaps. If she wants something she really goes for it and I really admire that because courage is not an easy thing to have.

"It was so refreshing to make a movie about two women, who weren't chasing after a guy in a teen comedy for once. They are smart women who are driven. I could go on and on about her and the film because I just love it with all my heart."