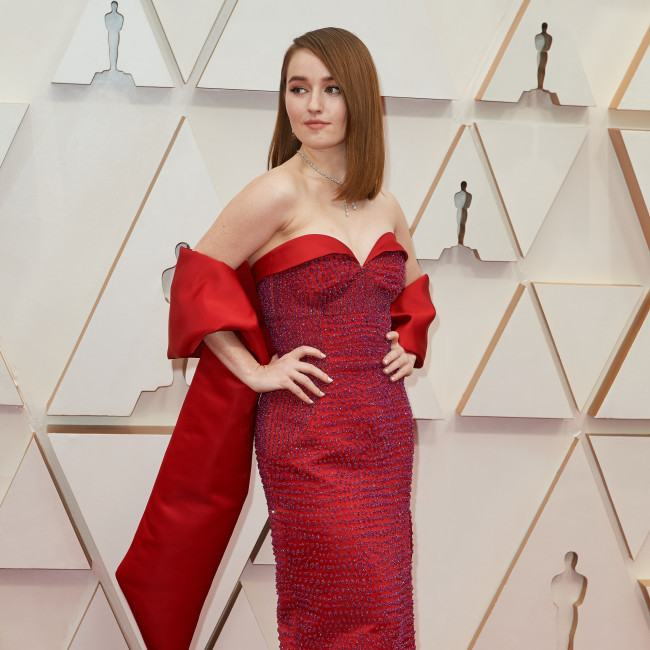 Kaitlyn Dever is to star in a revisionist take on 'Romeo & Juliet'.

The 24-year-old actress is attached to play the lead role in 'Rosaline' - a modern twist on Shakespeare's iconic story based on the novel 'When You Were Mine' by Rebecca Serle.

The project sees 'the most famous love story ever told' through the eyes of Juliet's cousin Rosaline, a sharp but idealistic woman - who also happens to be Romeo's recent ex.

What begins as an attempt to foil the star-crossed lovers and win back her man becomes a journey of self-discovery as she ultimately works to the pair back together.

20th Century Studios have acquired the rights to the movie and have tapped Karen Maine to direct the project. Scott Neudstader and Michael H. Weber are adapting the screenplay.

Dever was recently cast in the rom-com 'Ticket to Paradise' alongside George Clooney and Julia Roberts.

Ol Parker's movie follows Wren Butler, a graduate from the University of Chicago who accompanies her best friend Lily on a post-graduation trip to Bali.

Kaitlyn will be reunited with her 'Booksmart' co-star Bille Lourd in the highly-anticipated movie.

Meanwhile, she has also been cast in the movie adaptation of the popular stage musical which is being developed by Universal.