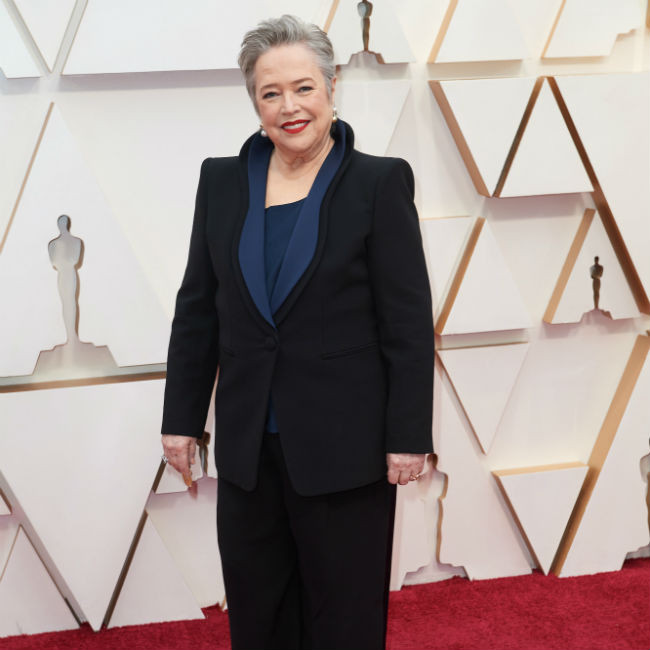 Kathy Bates and Liza Koshy have joined the cast of a currently-untitled star-studded Netflix rom-com.

Nicole Kidman, 55, Joey King, 23, and Zac Efron, 34, were previously announced for Richard LaGravenese's flick, which he penned with Carrie Solomon.

The movie, as reported by Deadline, tells the tale of a "surprising romance which kicks off comic consequences for a young woman, her mother and her movie star boss as they face the complications of love, sex, and identity."

The 'American Horror Story' star and 26-year-old YouTube personality-and-actress Liza's roles are not known at this time.

Kathy's other upcoming movies include starring alongside Dame Maggie Smith and Laura Linney in 'The Miracle Club'.

Thaddeus O'Sullivan's flick tells the story of a riotous group of women who go on a pilgrimage from Dublin to France. The journey allows them to discover their friendship and their own personal miracles.

The 74-year-old star will also star in 'Are You There God? It's Me, Margaret', Kelly Fremon Craig's adaptation of Judy Blume's best-selling novel.

The Oscar-winner, John Malkovich and Lewis Pullman also lead the cast of ‘Thelma’ by Ken Kwapis.

The film "recounts the true story of the mother of John Kennedy Toole (Pullman), the Pulitzer Prize-winning author of 'A Confederacy of Dunces'. Toole died by suicide before finding a home for his masterpiece, and his mother Thelma (Bates) made it her life’s mission, through outrageous gamesmanship, to see the book published. She eventually succeeded in getting the manuscript into the hands of writer Walker Percy (Malkovich), who became the novel’s champion. It would be published in 1980, eleven years after Ken’s death, thereafter becoming a widely celebrated cult classic."