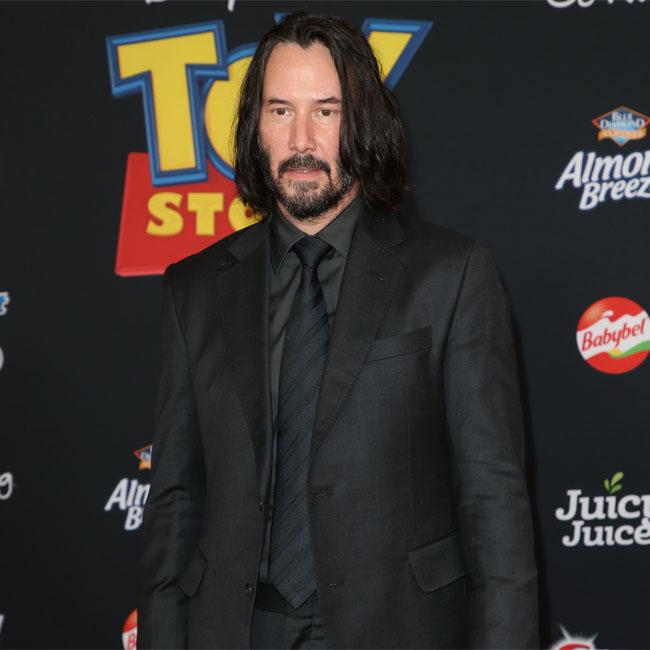 Keanu Reeves had 'no expectation' of third Bill and Ted film

Keanu Reeves had "no expectation" of making a third 'Bill & Ted' film.

The 'Matrix' star is set to reprise his role as Ted Logan for the first time in 29 years in 'Bill & Ted Face the Music', although Keanu admits that the return to the franchise has taken him by surprise.

The 55-year-old actor told Total Film magazine: "Working on the material (1989's 'Excellent Adventure'), and getting to play it, I thought it was pretty special.

"I certainly, at the time, had no expectation that you and I would be speaking here today!"

Alex Winter - who is also returning as Bill Preston - added: "Yeah, I mean, the very first movie was made by a bunch of young, scrappy people - and pretty independently, and we didn't really know what to expect.

"And frankly, neither did the producers. We knew it was an idiosyncratic film, so we didn't really know where it was going to go."

The third film is set in the future and follows metal-head slackers Bill and Ted, who both have wives - played by Erinn Hayes and Jayma Mays - as well as each having a daughter, Thea Preston and Billie Logan, who will be played by Samara Weaving and Brigette Lundy-Paine respectively.

Bill and Ted have yet to realise their rock'n'roll dreams, but have their lives changed when Kelly (Kristen Schaal) visits them from the future to warn them that only their song can save life as we know it.

The official synopsis for the movie reads: "Yet to fulfil their rock and roll destiny, the now middle-aged best friends set out on a new adventure, when a visitor from the future warns them that only their song can save life as we know it and bring harmony to the universe. Along the way, they will be helped by their families, old friends and a few music legends."