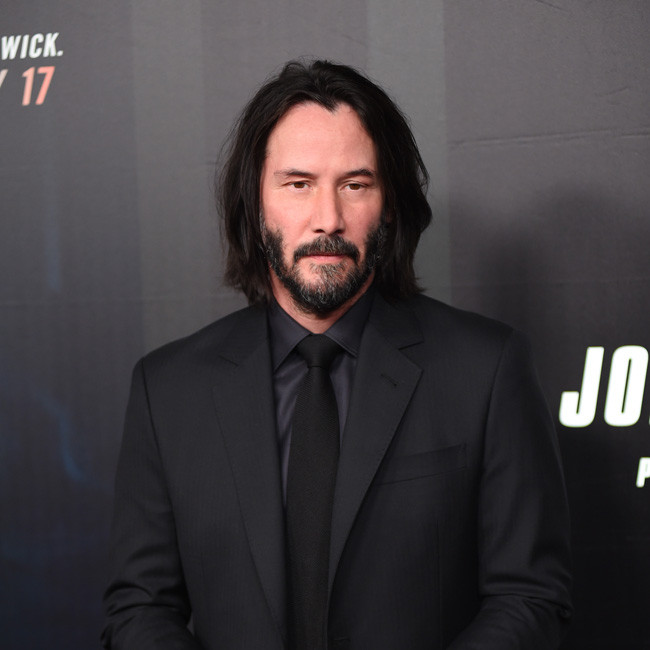 Keanu Reeves: Romance was the key to Matrix return

Keanu Reeves has revealed that the romance between Neo and Trinity was a key reason behind his return in 'The Matrix Resurrections'.

The 57-year-old actor and Carrie-Anne Moss are both returning as the main characters in the latest instalment of the sci-fi action series and Keanu was gripped by the prospect of reviving the story between the pair in the first 'Matrix' movie for 18 years.

Keanu told Entertainment Weekly: "When (director Lana Wachowski) approached me, she spoke about having a story to tell which centred around Neo and Trinity, and that sounded really exciting to me.

The 'John Wick' star previously said that the new project is a "love story" between Neo and Trinity.

He explained: "The depth of why this film got made is the sense of it being a love story between Trinity and Neo."

Jonathan Groff – who will star in the new movie as Matt Hinges – admitted that the scenes between Keanu and Carrie-Anne in the blockbuster reduced him to tears.

The 36-year-old star said: "When I read the script for this movie I cried, because the idea of watching these two iconic actors in these two iconic parts coming back and fighting to have their love again just wrecked me."

Fellow cast member Priyanka Chopra Jonas revealed that she and the other actors on the project were left in awe by the chemistry between the two lead stars.

She said: "They both are like well-oiled machinery. Their characters, the way they speak, the way they know each other even as people – it's just so wonderful to see their camaraderie."