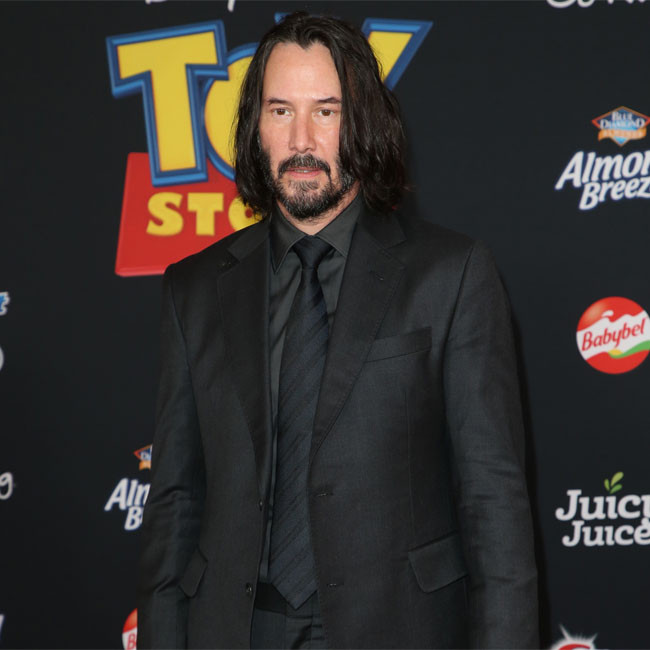 Keanu Reeves is set to produce and star in a live-action film adaptation for Netflix.

The 56-year-old actor has joined forces with the streaming giant to make a movie based around 'BRZRKR', the comic book created by the Hollywood star.

BRZRKR - which launched on March 3 and has already sold over 615,000 copies - tells the story of a legendary warrior’s 80,000-year fight through the ages.

The character - who is known simply as B - is half-mortal and half-god. He eventually ends up working for the US government but in exchange for helping them, he demands to know the truth about his own life.

Keanu is also working on an anime series based around the comic books, which will explore different elements of the story. The actor will reprise his role and voice his character for the upcoming Netflix series.

Meanwhile, Keanu previously admitted he's always been a creative person and that becoming a success in Hollywood was his childhood ambition.

He shared: "I have a pretty self-motivated temperament. Even when I was a kid. 'Let's go make something!' 'Let's do something!' 'Yeah!'

"But I loved to go to the movies as a kid and I loved watching movies. I don't know if it was escapism. Even the act of going outside to the movies for me, and watching them in a room. I wanted to be there, you know?

"I wanted to do that. And that happened in Hollywood! So, I wanted to act in movies. In Hollywood. It was my dream! Whatever that meant. You know?"

Despite his success, Keanu has always remained a private person and he doesn't feel any need to discuss his life on social media.

He said: "I'm a pretty private person. But I don't have anything to tweet, or say, or anything."