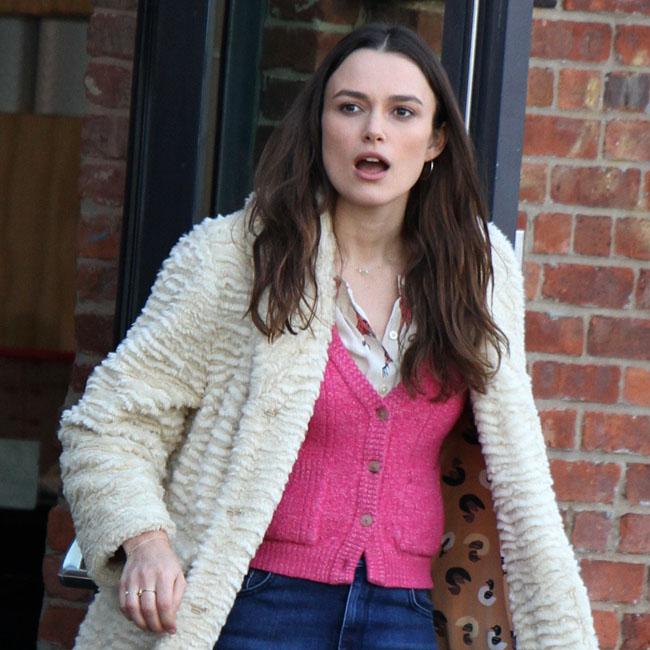 Keira Knightley happy to have no nude scene

Keira Knightley thought it was "wonderful" that she didn't have to "take [her] kit off" in 'Official Secrets'.

The 34-year-old actress portrays whistleblower Katharine Gun in the movie and she "loved" that she had no nude scenes and her alter ego's relationship with husband Yasar Gun (Adam Bakri) was "very important" to the story but not the main focus.

She said: "What I loved about it was playing a female character where the love interest is very important, but it's not central to the piece.

"When you're an actress, often the romantic relationship is central. That's not a criticism -- sometimes I love films where that's the case. But it's nice to get a variety.

"The central theme here is her attempt to save lives, and stop a war. And I don't have to take my kit off to do that -- and isn't that wonderful? Yeah!'"

Katharine was a Government Communications HQ (GCHQ) translator and intelligence officer who leaked a confidential directive from Washington to the UK in 2003 in a bid to stop the invasion of Iraq and though Keira hadn't heard of her until she was approached for the role by director Gavin Hood, she jumped at the chance to be in the film when she was told the full story because she had taken part in anti-war protests at the time the events took place.

She said: "It was the first time I was super aware of something so important.

Despite the actress looking "nothing" like Katharine, the director was keen for Keira not to change her appearance as he felt it would be too distracting.

"Her point of view is very strong, and my job is to show that."