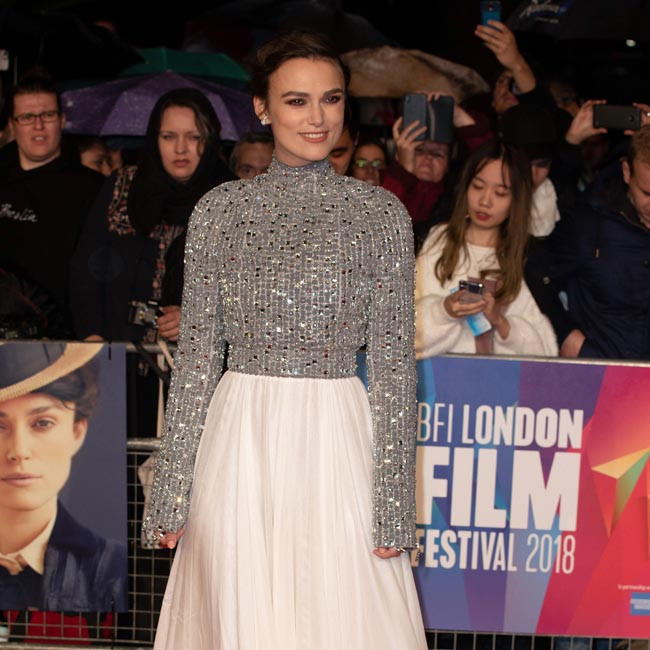 Keira Knightley thinks her new movie, 'Silent Night', should "come with a warning".

The 36-year-old actress is concerned the black comedy will hit too close to home because of the coronavirus pandemic, as although it features a threat to the world due to climate change, not a virus, it features topics that have become familiar to many over the last two years such as lockdowns, food shortages and emotional moments on video calls.

She said: "I think it should come with a warning, because now everybody is coming to the film with a lived experience, hopefully not as horrific as this one, but it has suddenly become a lot more raw."

Filming on the movie - which also stars Matthew Goode, Annabelle Wallis, Lily-Rose Depp and Lucy Punch - ended just two days before the UK's first lockdown in March 2020 and Keira admitted the shoot was "really weird" because there were so many parallels to real-life events.

She told Stella magazine: "It was really weird. We were making a film about an experience and then the experience suddenly started happening around us.

"We were filming scenes about the shops running out of food at the same time as the news was becoming full of stories that all of the toilet paper had gone.

"The last scenes we shot before we got shut down were our family death scenes and we were desperately trying to finish so that Lily-Rose could get back to Paris to be with her mum [Vanessa Paradis] before they closed the borders. It was incredibly strange for everyone."

When she was sent the script for the film, which includes scenes of parents killing their children, Keira's agent warned her she might "hate" the project, but that made it instantly capture her interest.

She said: "I’m not frightened of contentious.

"It’s impossible that you’re going to be liked by everybody. That’s just a task you’re never going to win, but I love doing work that people will have a dialogue with, whether that’s positive or negative. I think that’s a very exciting place to be."